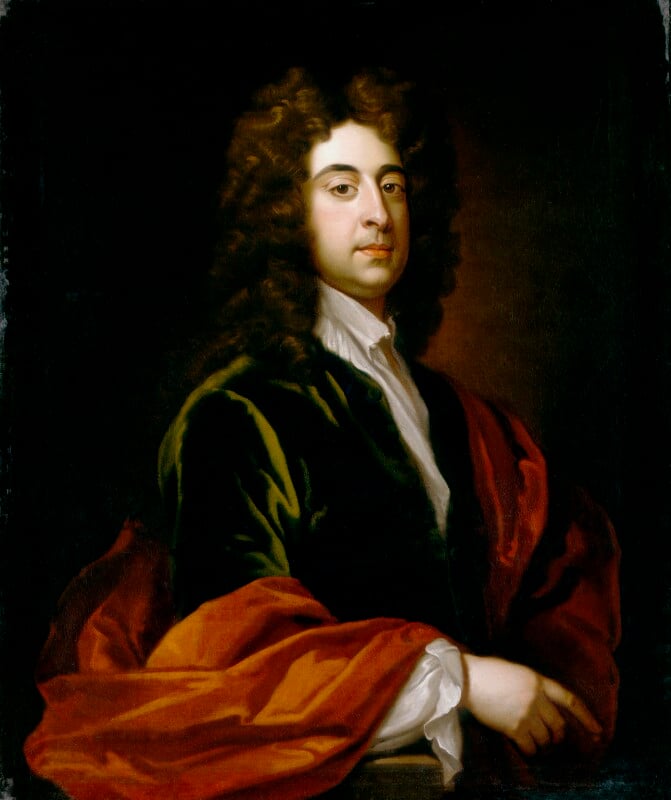 A copy, possibly from the early 19th century, presumably from NPG 3239, but nearer kit-cat size (91 x 71 cm).
It is not clear when NPG 3201 was acquired for the Kit-Cat set, but William Baker had long been anxious to complete the set shown in Faber’s kit-cat engravings. The portrait is first mentioned at the National Portraits Exhibition in 1867, lent by William Baker’s son, William Robert Baker, and it was hanging in the staircase hall at Bayfordbury (i.e. not in the Kit-Cat room) in 1925. [1]

1) Country Life, LVII, 1925, p 130. Such exclusion would imply that the portrait was acquired after William Baker had completed the kit-cat gallery in 1814.