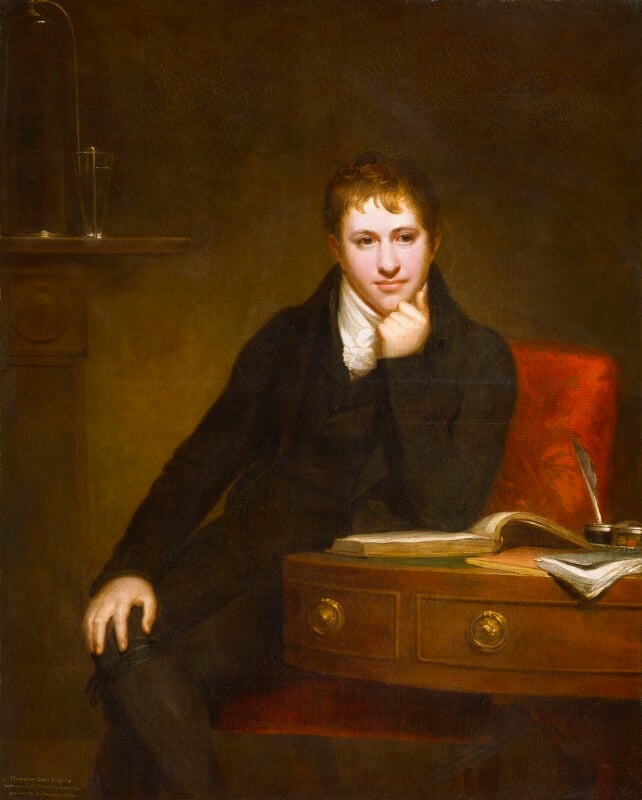 This portrait may be the original exhibited by Howard at the RA in 1803 and engraved the following year by S. W. Reynolds but it does have the flat uninteresting stamp of a later copy; the inscription describing Sir Humphry as a baronet strengthens this conjecture. A copy similar in style, signed and dated H. Howard pinxt 18, was presented to the Athenaeum Club by Sir Humphry Davy Rolleston, his great-nephew, in the Club's centenary year 1924; as President of the Royal Society, Davy was Croker's first correspondent at the formation of the Club, becoming a founder member and influential on the Committee choosing the original members. The whereabouts of the original, if it is not NPG 4591, are unrecorded in the Gallery archive.

John King of Bristol; Mrs Victoria Hankey and sold by her at Christie's 17 November 1967 (67) bought Leggatt on behalf of the NPG.

(this or an earlier version)
RA 1803 (5) as 'H. Davy Esq. professor of chemistry to the Royal Institution'.