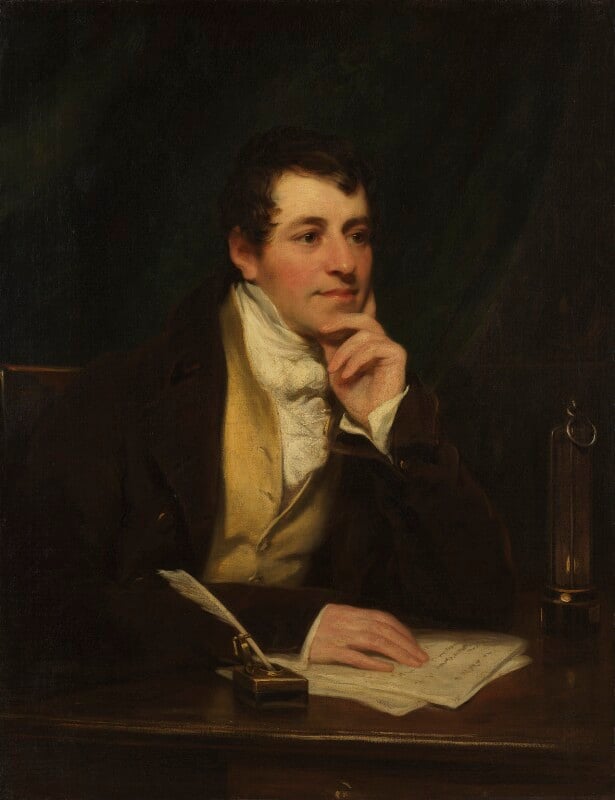 The portrait was commissioned by Davy's old friend, John Lambton, later Earl of Durham, who had worked with him at Bristol under the care of Dr Beddoes. In November 1817, at a banquet in Newcastle presided over by Lambton, Davy was presented with a silver dinner service as a token of the miners' gratitude for the invention of the safety lamp. Phillips may have received the commission for a portrait shortly after this, an unnumbered entry appearing in the sitter book at the end of the year 18 18; the final entry is dated 10 July 1821, 'for Mr Lambton 483 KC' (kit-cat). The portrait was immediately popular from frequent engravings, Thomson's stipple being issued first and Reynolds's mezzotint, published by Phillips himself, showing the addition of books and glass jars in the background. It was sold by Anderson and Garland at Lambton Castle in April 1932.