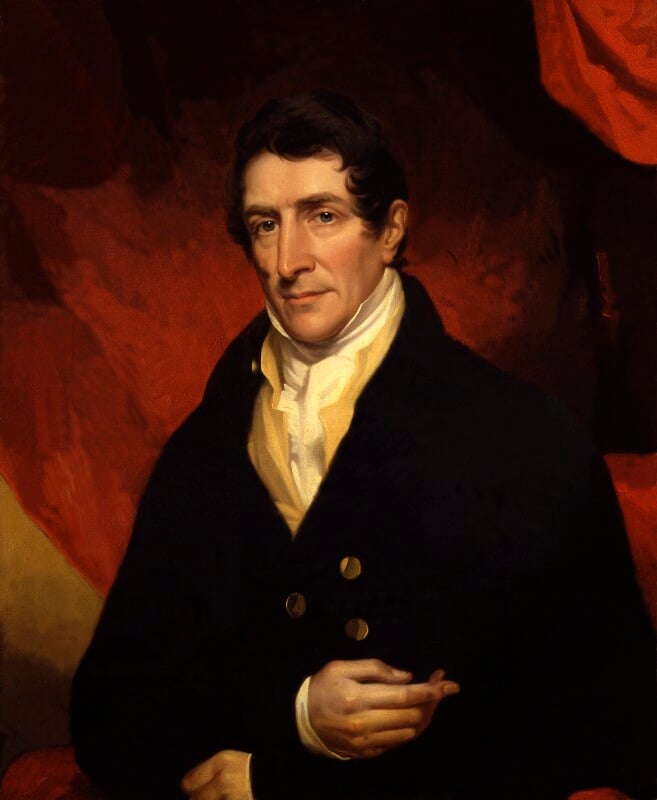 According to Herman Merivale CB, who died the year after giving the portrait to the NPG, 'it is as the present Lord remarks to me rather "stern and gloomy". I should say somewhat wooden. But it is a very good likeness notwithstanding. The artist was a personal friend both of Lord Denman and of my father, who were very intimate with each other in early life. It comes to me by the recent death of my mother at a very advanced age' (letter from Herman Merivale in NPG archive).
J. J. Halls (named after Jean-Jacques Rousseau) had a successful portrait practice in the wake of Lawrence and Owen, and the previous year had exhibited a portrait of John Herman Merivale, the donor's father. He had also painted Denman's cousin Sir Richard Croft c.1810, now at Croft Castle, and exhibited a drawing of the Lord Chief Justice’s father, Dr Denman, RA 1812 (782).

Stipple by C. Turner published 3 October 1820 as Her Majesty's Solicitor-General, and a small stipple by W. T. Fry published Boys 1821.