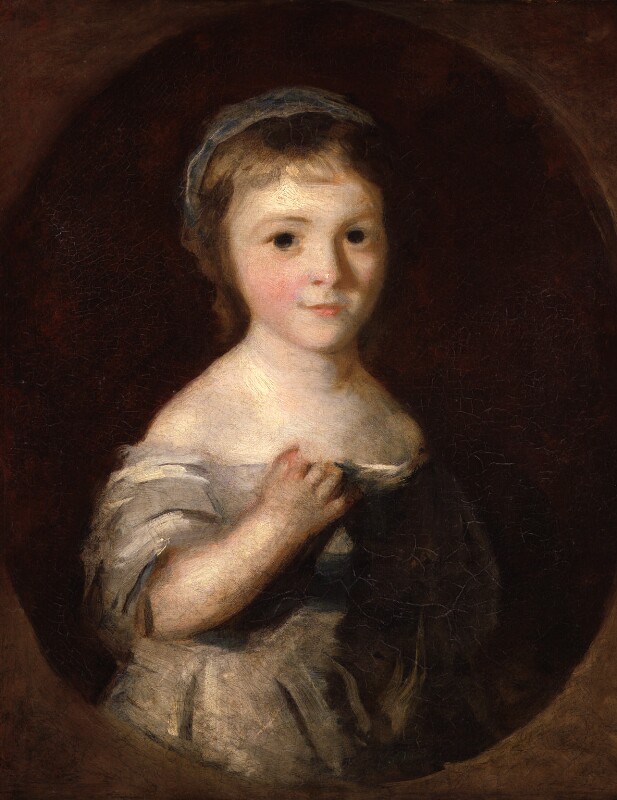 A broadly painted sketch with a much disfigured surface, NPG 1041 is difficult to assess. It relates directly to the Reynolds double portrait of Lady Spencer and her Daughter, and was sold in 1878 as a sketch for it. [1] Mannings, however, who dates NPG 1041 c.1759 (but the sitter is surely older than two?), reserves slight doubts concerning the attribution; Waterhouse considered it an old copy, [2] and Graves & Cronin noted that ‘the title rests in the statement of Mr Farrer; but there is no record whatever of the picture’. A version, the same size but without the painted oval, was sold Christie’s, 28 November 1969, lot 129.