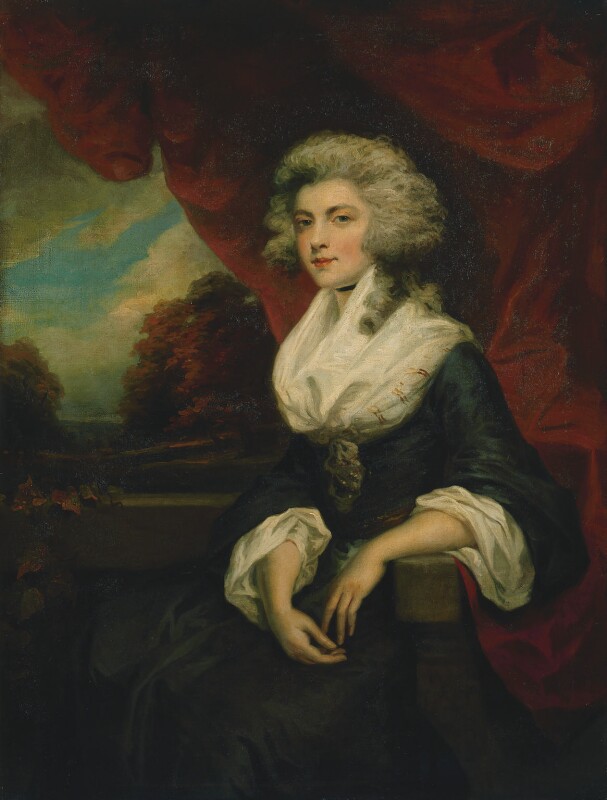 NPG 2355 was bequeathed as the ‘Portrait of a Lady said to be Lady Betty Foster [later Duchess of Devonshire] by Chandler’. It is certainly by Chandler, whose signature was subsequently discovered, but doubts concerning the sitter’s identity have remained. The features do not readily agree with the Duchess’s portraits by Reynolds, Kauffmann and Lawrence, and the identity seems first to have been doubted by C. F. Bell - though he allowed that ‘the differences are not perhaps so great as between the different portraits of her predecessor Georgiana'. [1]
The principal interest of NPG 2355 lies in the artist, the natural son of Lord Warwick, he became unstable and died under restraint in 1807.

Blue-grey eyes, grey powdered hair, wearing a bottle-green dress with white scarf and cuffs, a red curtain draped behind her.

Bequeathed by the 2nd Baron Revelstoke 1929.