17 of 56 portraits by Edwin Landseer 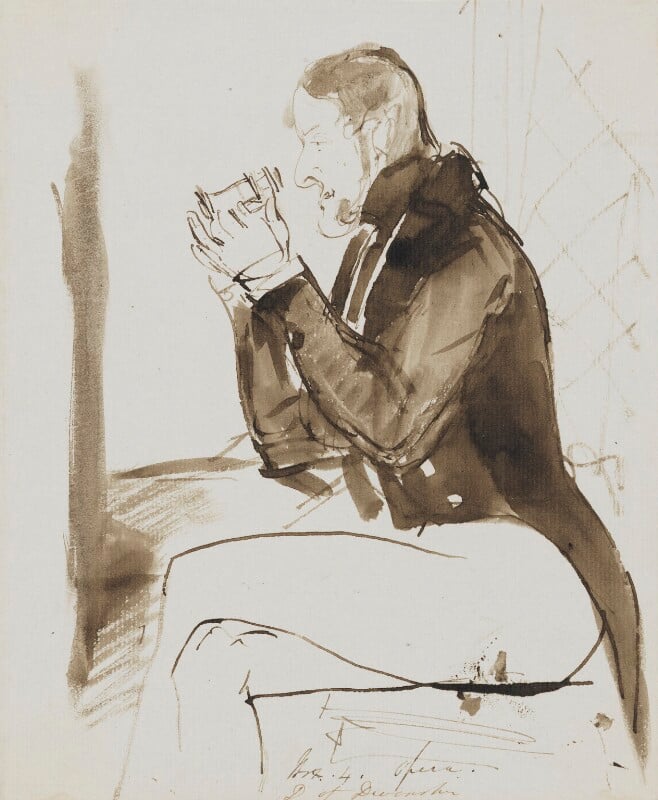 This drawing may be the basis for and certainly parodies a more sober oil by Landseer at Chatsworth, exhibited RA 1832 (132) and Landseer Exhibition RA 1961 (86) showing Devonshire at the theatre with a copy of The Hunchback by Sheridan Knowles published in 1832 at Covent Garden. Another Landseer drawing of Devonshire talking to Sir Geoffrey Wyatville, is in the British Museum Red Redleaf Scrapbook, p 18.