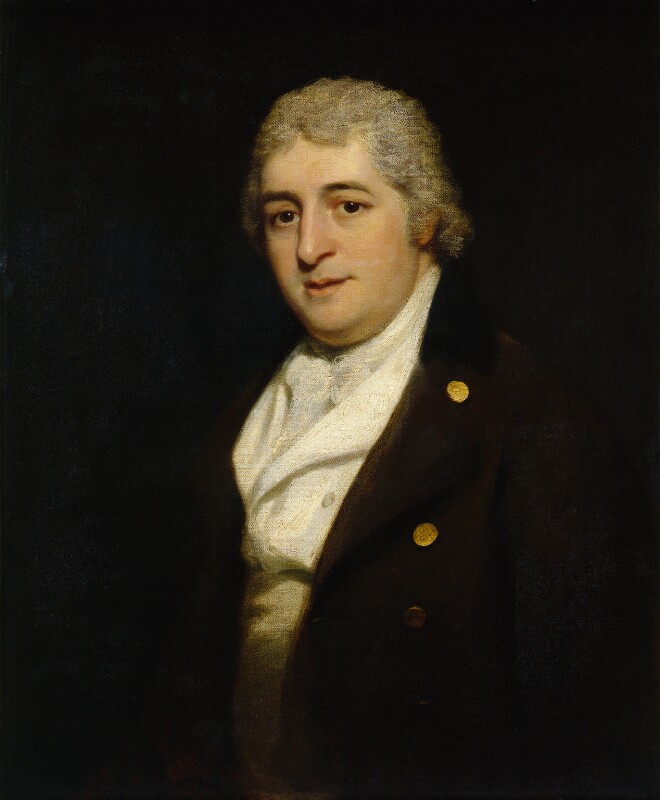 A three-quarters of Dibdin is entered in the Phillips sitter book in March 1799; a marginal note indicates that it was exhibited with the five other portraits listed that month, but it seems Dibdin was never shown in the artist’s lifetime. [1]

1 ‘It came to me from the late Mr John Hutchinson for many years the friend of the Dibdins. I have no doubt it was either a present to him as a slight compensation for that friendly assistance he was accustomed to yield them up to the termination of their lives, or he had become its purchaser when they wanted money’ (S. J. E. Jones to Dr E. Niemann, 7 May 1860; NPG archive).