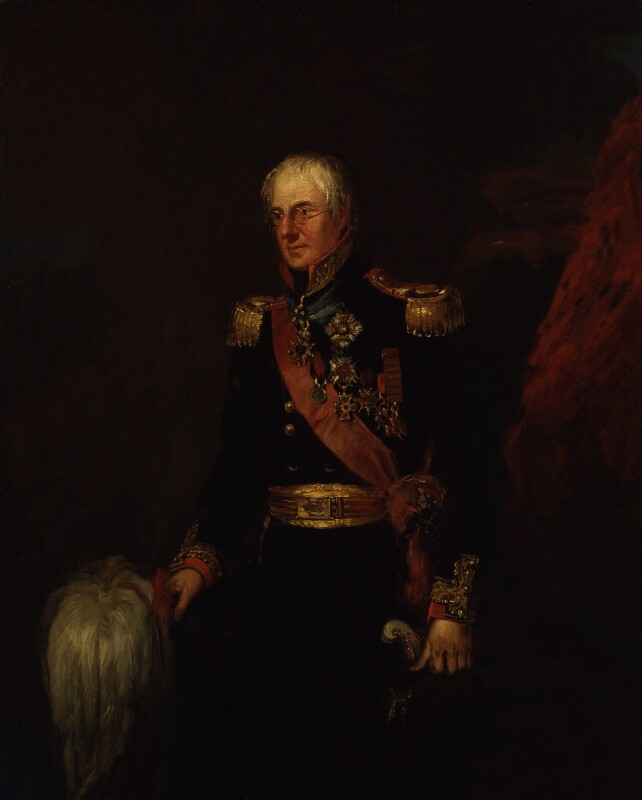 A variant at Woolwich, half-length facing, holding telescope, was presented by his son Major-General Sir Collingwood Dickson in 1877.