1 of 102 portraits by John Russell 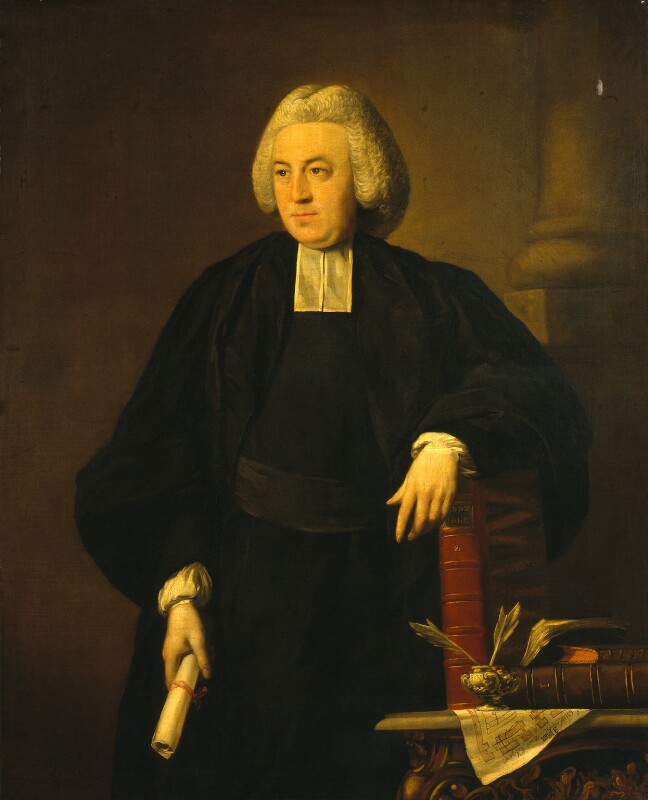 On 22 July 1768 Russell wrote: ‘Set off for Wilton to dine with the famous Dr Dodd, as he is to sit for his picture’; he afterwards stayed with Dodd at Whitton, near Twickenham, and on 16 January 1769 Dodd was sitting for his portrait. [1] Both the books and the plan displayed in NPG 251 were topical: Dodd’s Charlotte Chapel had just opened in Pimlico, while Dodd’s Bible refers to his Commentary published in three volumes in 1770, having been issued in numbers from 1765. The 5th Lord Chesterfield, Dodd’s eventual victim, also sat to Russell in 1769 (Ranger’s House, Blackheath). [2]

1 Who told Scharf (letter 13 December 1867; NPG archive) she had bought the portrait ‘of Mr Horace Rodd about ten years since’. NPG 251 was described in the 1867 Second special exhibition of National Portraits (William and Mary to MDCCC), South Kensington, cat. as having been brought from the Magdalen in 1774; G. C. Williamson, John Russell, 1894, p 23, gave the previous provenance as the Magdalen Chapel, the Charlotte Street Chapel in 1774, Rev H. S. Cotton, ordinary of Newgate (Scharf remembered seeing the portrait at 1 Newgate Street). H. F. B. Compston, Magdalen Hospital, 1917, p 137, stated there was no record of Russell’s portrait having been at the Magdalen.