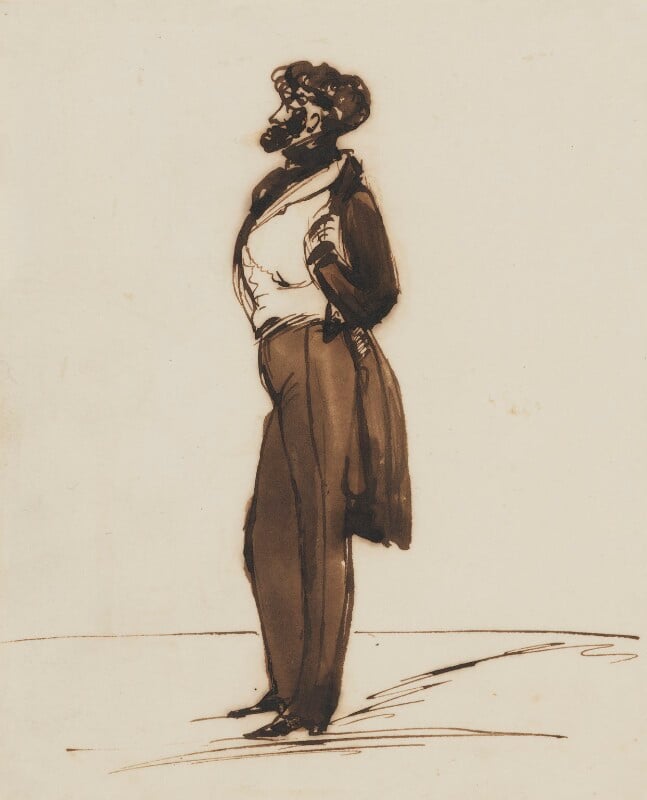 Inscribed on the original mount: Count d'Orsay by Himself.

Despite the inscription this virile drawing, catalogued as a D'Orsay self-portrait in Christie's sale 11 July 1972 (23), bears little resemblance to D'Orsay's usual rather anaemic style but has every appearance of being by the hand of Landseer. D'Orsay and his iconography are treated in Richard Ormond, National Portrait Gallery: Early Victorian Portraits, 1973, p 147-9.

Whole-length standing in profile to left dressed as an exquisite dandy.