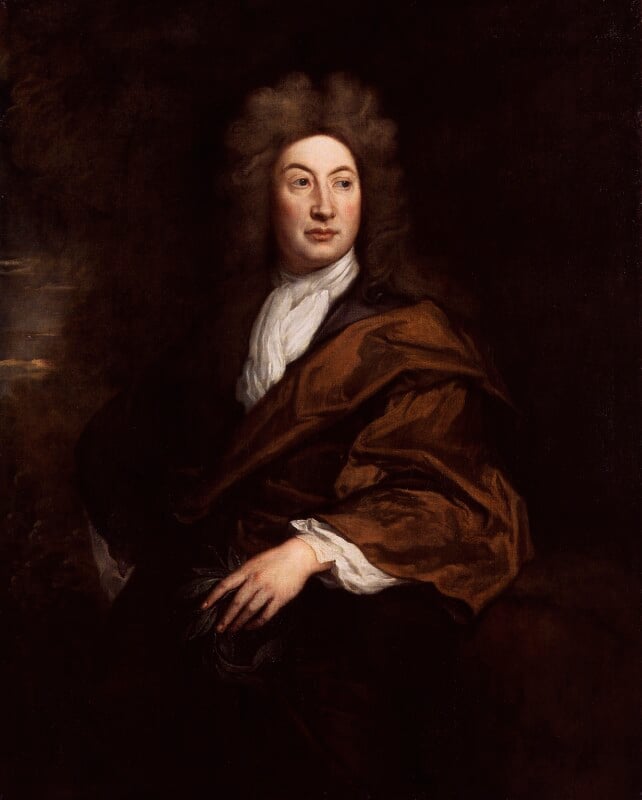 The date is taken from Vandergucht’s engraving. Dryden holds the classical insignia of a poet’s laurel wreath (although deprived of the laureateship in 1688). A three-quarter-length version is in the Treasurer’s House, York, and a half-length, formerly NPG 831, [1] was sold to Trinity College, Cambridge, in 1925 when NPG 2083 was acquired. What appears to have been a version (‘The poet in this portrait, which is a half-length, wears a large wig, and holds a sprig of laurel in his hand’) belonged to the poet’s descendants, John Driden of Chesterton and the Pigott family, until 1777. [2]

The Earls of Darnley, Cobham Hall; purchased from the 8th Earl of Darnley by private treaty, February 1925.1

1 I.e. prior to the Darnley sale, Christie’s, 1 May 1925 (the 8th Earl, Ivo Bligh, devised ‘The Ashes’, the cricket trophy for England and Australia).