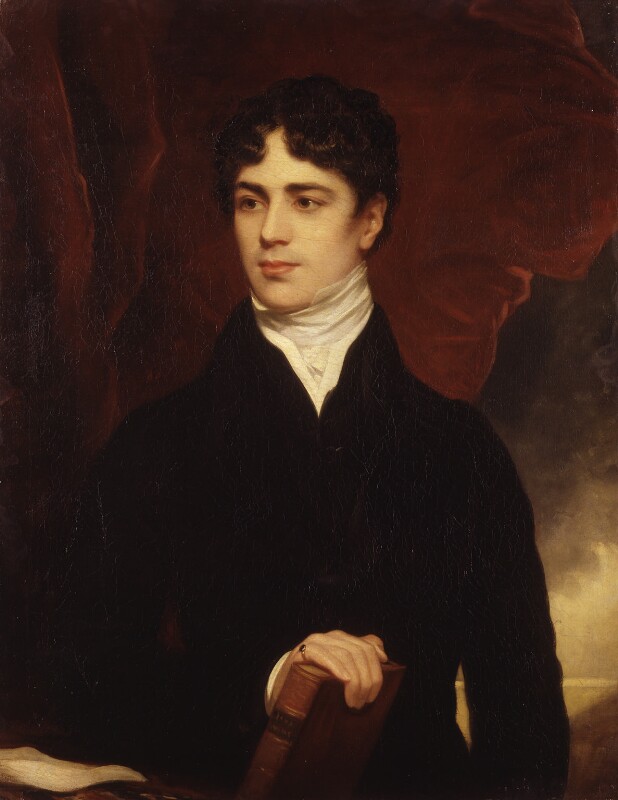 This is a replica of the portrait at Howick (signed and dated 1819), listed in the artist's 'Sitters Book' under 1819, which was originally owned by the 2nd Earl Grey. In a letter of 2 February 1819, Durham wrote to Grey:

'Louisa told me that you had expressed a wish for my picture. I have therefore undergone the torture of sitting to Phillips. Yesterday was my last sitting. He has asked my leave to exhibit it, but I demur until you have seen it, as does he, that you may suggest any alterations you think right. He has been told by artists that the picture does him credit, as a painter, independently of any likeness, and he is therefore interested in having your opinion and criticism in time to alter it before it goes.' [1]
The Howick portrait was duly exhibited RA, 1819 (104), and engraved by S. W. Reynolds (example in NPG). It has been suggested that the NPG portrait might be the work of Lady Grey, wife of the 3rd Earl, who copied several pictures at Howick for Lambton Castle. On stylistic grounds, however, the NPG portrait seems to be entirely the work of Phillips.

By descent to the present Earl of Durham; purchased at the Lambton Castle Sale, Anderson & Garland, 18 April 1932 (lot 52).