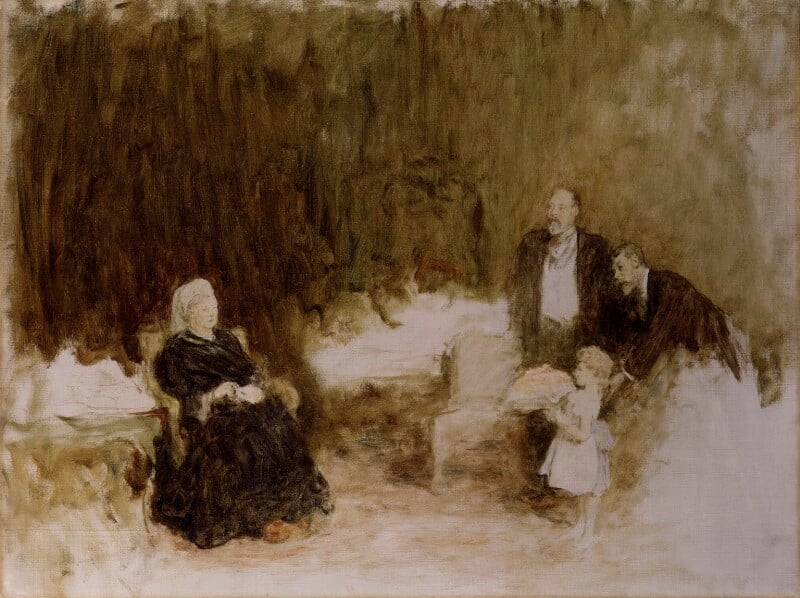 This is a study for the large painting at Canton House Terrace, London, originally commissioned by the Royal Agricultural Society in 1897, exhibited RA, 1900 (143), as 'Windsor Castle, 1899: portraits'. [1] Another more finished oil study is in the Russell-Cotes Museum, Bournemouth, exhibited Pageant of Canada, Ottawa, 1967 (254), Decade: 1890-1900, Arts Council, 1967 (6), and Sir William Quiller Orchardson, RA, Scottish Arts Council, 1972 (68), reproduced in all three catalogues. There are five preliminary pencil studies of the heads at Windsor, two exhibited Orchardson, Scottish Arts Council, 1972 (66-7). The sizes of the picture in the artist's sale and the 1911 RA exhibition correspond to those of the NPG, except that they suggest an upright picture (possibly a mistake).

Mainly in brown monochrome, with traces of colour; the red flowers held by the Duke of Windsor, and his blue sash.