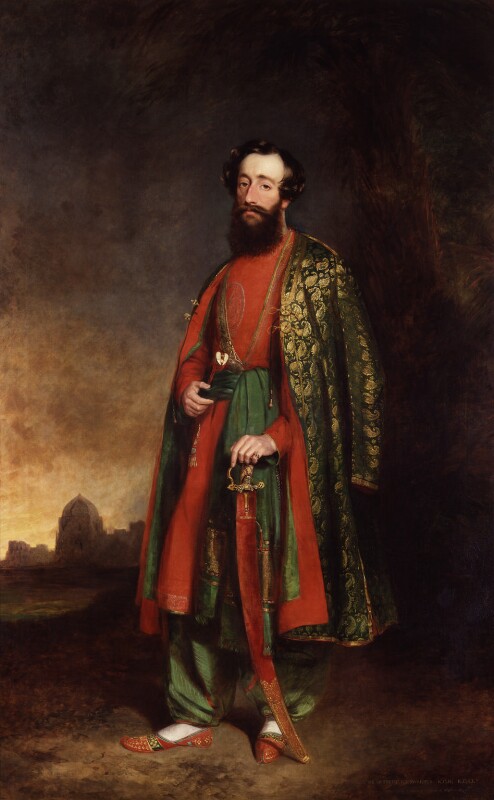 This portrait must have been painted soon after Edwardes' triumphant return to England from India in January 1850. In 1849, shortly before his return, the Queen had declared him a brevet major and a companion of the Bath, the honours inscribed on the stretcher; the inscription on the painting itself must be later, as Edwardes was not knighted till 1860. A lithograph after this portrait by J. H. Lynch was published H. Squire & Co, 1850 (example in NPG). The town in the background of the picture is unidentified, but may represent Multan, before which Edwardes decisively defeated the rebel Diwán Mulráj in 1848. This portrait was on loan to the India Office, London, for some years in exchange for the marble bust by J. H. Foley. An etching by A. Crowquill, apparently based on the portrait by Moseley, and showing Edwardes in the same costume, was published R. Bentley, 1850 (example in NPG).

The sitter, bequeathed by his widow, Lady Edwardes, 1905.