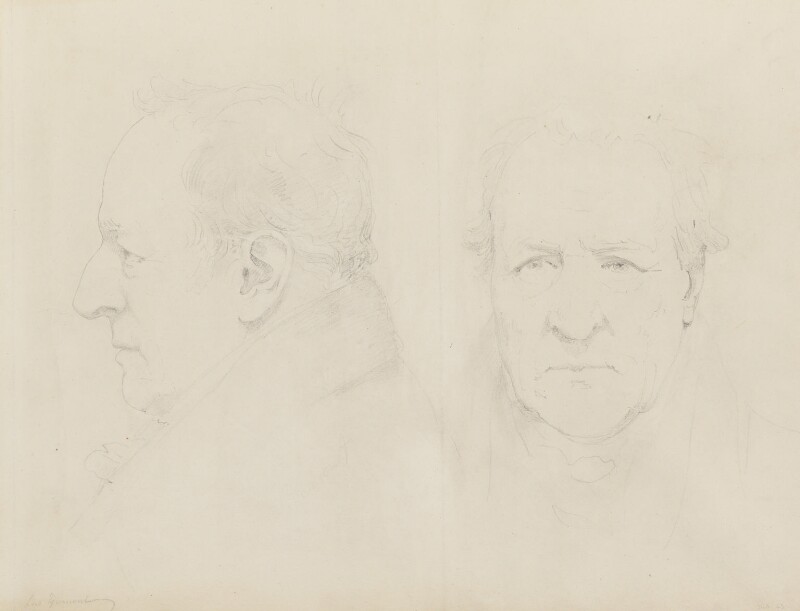 The drawing is for the marble bust, dated 1830, in the Royal Sussex County Hospital, Brighton. Sir Francis Chantrey’s Ledgers of Accounts record in May 1829 an 'Order from the Committee of Brighton Hospital for a Marble Bust of the Earl of Egremont for Sir M. Tierny one of the Acting Members'. The bust was finished, packed and forwarded together with a marble plinth to Mr Ranger of Brighton, 17 March, 1831, £210 paid (Sir Francis Chantrey’s Ledgers of Accounts, p 223). The plaster model is in the Ashmolean Museum.