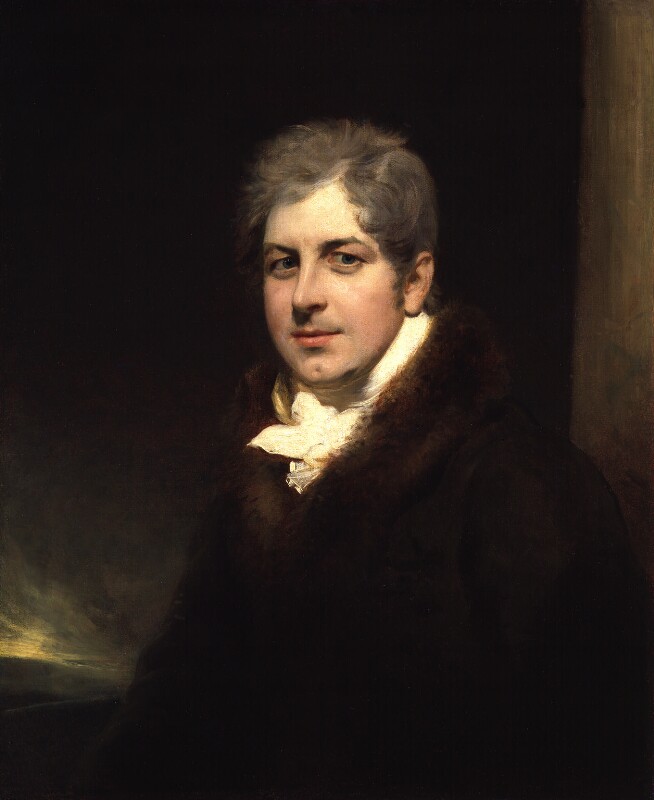 Charles Turner's mezzotint indicates a date for this portrait of 1807-8 when Elliston was a member of the Drury Lane company. Leigh Hunt said 'the engraved portrait of him in a coat bordered with fur is very like' (Autobiography, p 131). Another version is in the Garrick Club (373) and a third in the Tasmanian Museum, Hobart, was brought to Tasmania by the actor's second son in 1830; a watercolour miniature sketch is in the Mander & Mitchenson collection (British Theatre, 1957, p 73, no.195). A slightly later pencil and sanguine drawing by Harlow, signed and dated: G H H March 20th 1814, in the Garrick Club, was engraved by Penstone as frontispiece to his Memoirs, 1843. A third Harlow type, as Lessee and Manager of Drury Lane Theatre, was engraved by R. Cooper for The Ladies' Monthly Museum, 1828. They are all characterised by a large mop of unruly fair hair and a faintly smiling expression.

Family possession and bequeathed by the sitter's daughter, Miss Mary Anne Elliston, but permitting her nephew Robert William Elliston to enjoy it during his lifetime; it came to the Gallery in 1926.