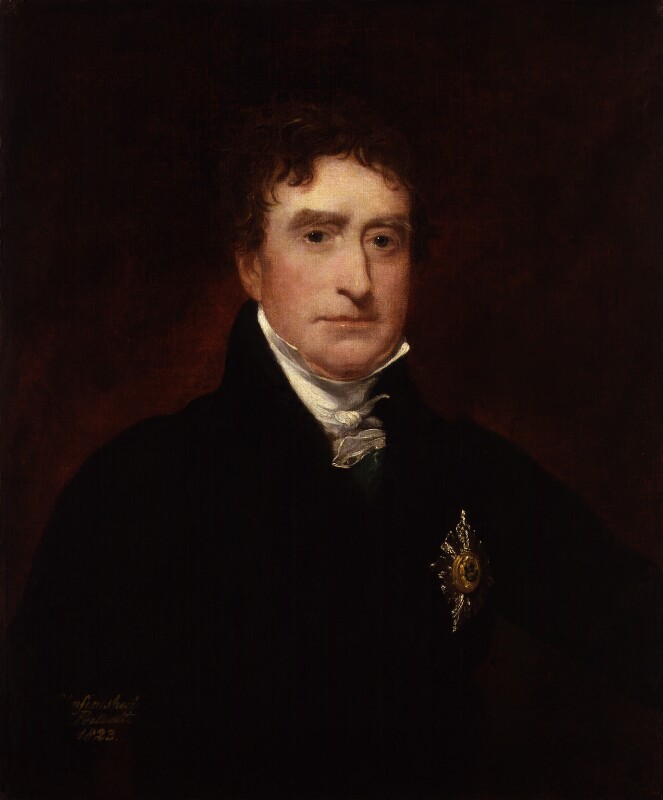 The portrait was originally offered in 1893 by Ridgway's elder brother W. H. Ridgway together with a portrait of Francis Horner which was declined. According to letters from both Ridgways in the NPG archive they had formed part of an exchange with Lord Brougham. The Erskine portrait had been painted for Lord Erskine himself and given to the Ridgways' grandfather in whose son's dining-room the brothers remembered it hanging all their lives. A replica was made and given to Lord Brougham in exchange for the Horner portrait. A similar portrait of Erskine, attributed to Beechey, inscribed Painted for Thomas Coutts 1817 and sold Christie's 3 May 1946 (118), was possibly the original model from which Ross painted the NPG version. Certainly the portrait has none of the attributes of a miniaturist, being crude and ill-painted, and therefore the Ross in question, stated to be Sir William Ross by the Ridgways, is more likely to be his father, the William Ross son of the Duke of Marlborough's gardener, who exhibited RA 1809-25.

Sold to the NPG in 1894 by James Ridgway whose grandfather had been given the portrait by Erskine himself 'in about 1822'.