7 of 608 portraits by Robert White 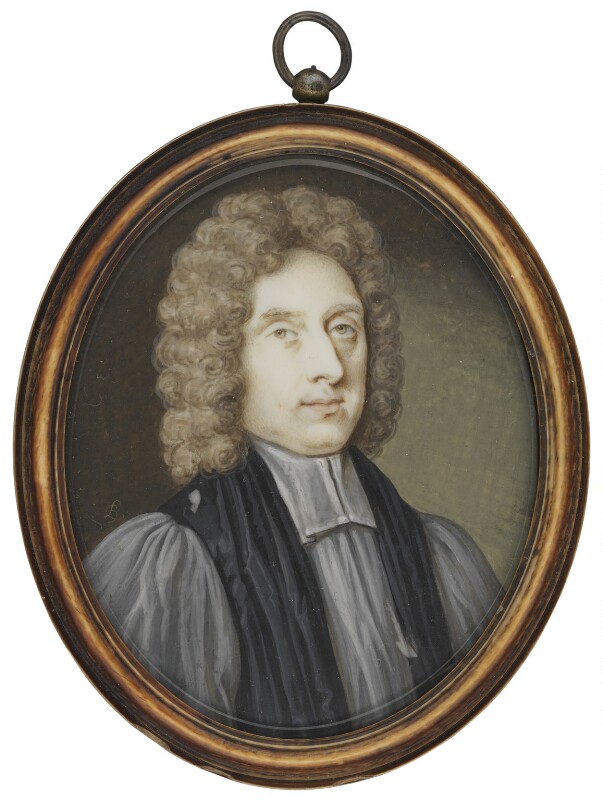 Signed above his left shoulder: BL in monogram.

1 Inscribed, verso, on a paper glued to the wooden backing: William Fleetwood/Bishop of Ely and, in a later hand: a friend of the Rev W. H. Thomlinson who left this miniature by Bernard Lens to his cousin/William Benthall/1736-1811.