1 of 11 portraits of Samuel Foote 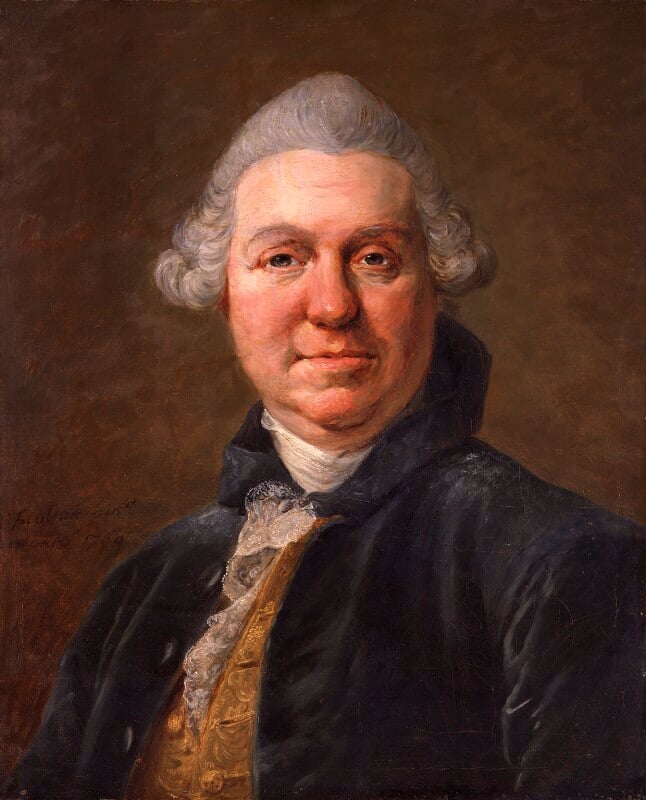 1 A modern handwritten label recorded this inscription on the original canvas.

This vigorous study was painted early in 1769 in Paris; having spent the winter there, Foote returned to London in February that year. [1] In 1805 his biographer wrote that while there were several prints of Foote in dramatic and private character, none of which were unlike, the most perfect likeness was ‘the French print published immediately after one of his trips from Paris, and which is prefixed to these memoirs,’ [2] i.e. the print by Godfrey as copied for the Memoirs by Caroline Watson. Godfrey’s elaborate print, exhibited in 1770, [3] was surely devised by Foote, whose pretence is apparent both in the title, SAMUELIS FOOTE ARM./MISCUIT UTILE DULCI, [4] and in the elaborate quartered coat of arms with motto, QUE SERA SERA - both otherwise unrecorded for the Foote family. [5]
Foote was a frequent visitor to Paris, where in 1775 he remarked that ‘the French were quite astonished at his figure and manner, and at his dress, which he obstinately continued exactly as in London’. [6]