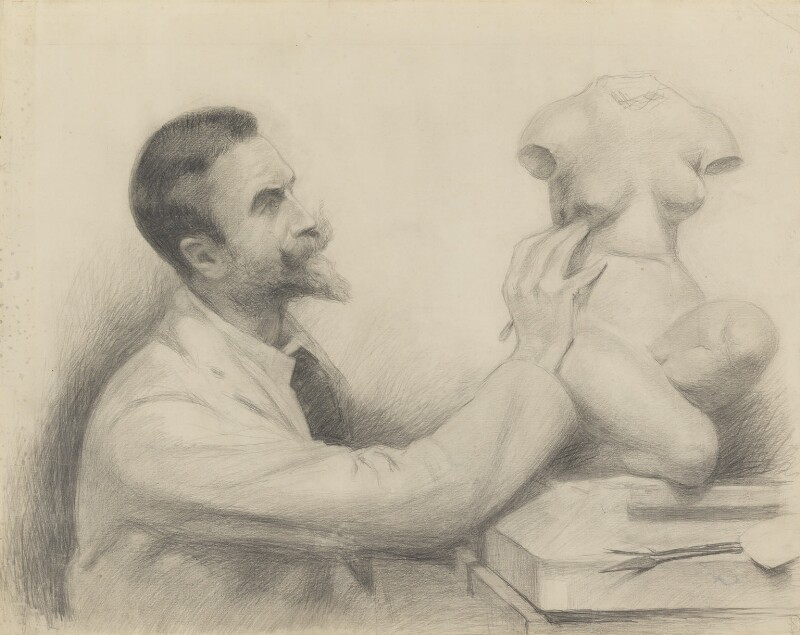 See NPG 1866, for which this appears to be a finished study, and is virtually identical in size.

Both sitter and artist lived in St John’s Wood and were members of its Arts Club, on the closure of which several drawings of members were purchased, including NPG 4404 by Sydney Prior Hall. It is possible that the drawing was presented to the club by John McLure Hamilton in memory of Ford. The sheet is irregularly cut and has suffered spotting and discolouration.