6 of 24 portraits matching these criteria: 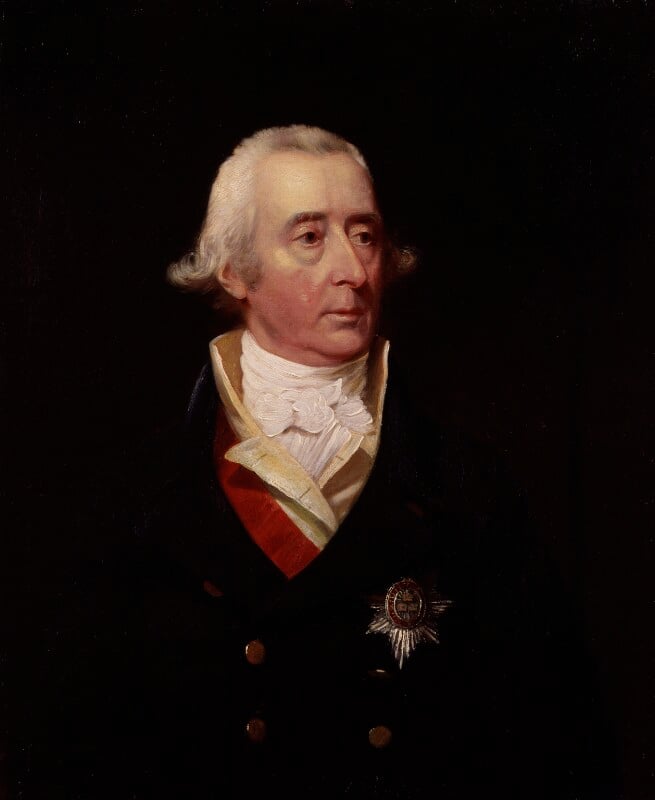 When he offered NPG 334 in 1871, Francis alleged it was ‘much better than the one at Holland House, and very superior to the picture now at Byfleet'. [1] The Holland House portrait was engraved by T. Lupton in 1817 as Lonsdale and, less elaborately, by H. Adlard in 1867 as Hoppner; [2] in 1904 it was catalogued as ‘a replica’ by Lonsdale of NPG 334. [3] The Byfleet version[4] was lent by H. R. Francis to the Second special exhibition of National Portraits (William and Mary to MDCCC), South Kensington, 1867 (767) as by Hoppner.
Of these, the Holland House portrait was conceivably Lonsdale’s original, while the Byfleet picture appears to be a copy. NPG 334 differs slightly from both of them, principally in the disposition of the coat and waistcoat collars.

Brown eyes, white hair, wearing a white collar and neckcloth, yellow waistcoat, dark grey coat with gold buttons and the ribbon and star of the Bath.

By descent to the sitter’s grandson, J. G. Francis,1 from whom purchased 1871.

1 In a letter to Lord Stanhope, 13 October 1871 (NPG archive) he wrote that ‘It has been in my possession for more than thirty years. My father deceased in 1837.’ He wrote twice more to Stanhope, with increasing urgency, concerning the sale, being evidently strapped at the time.