2 of 8 portraits of Benjamin Franklin 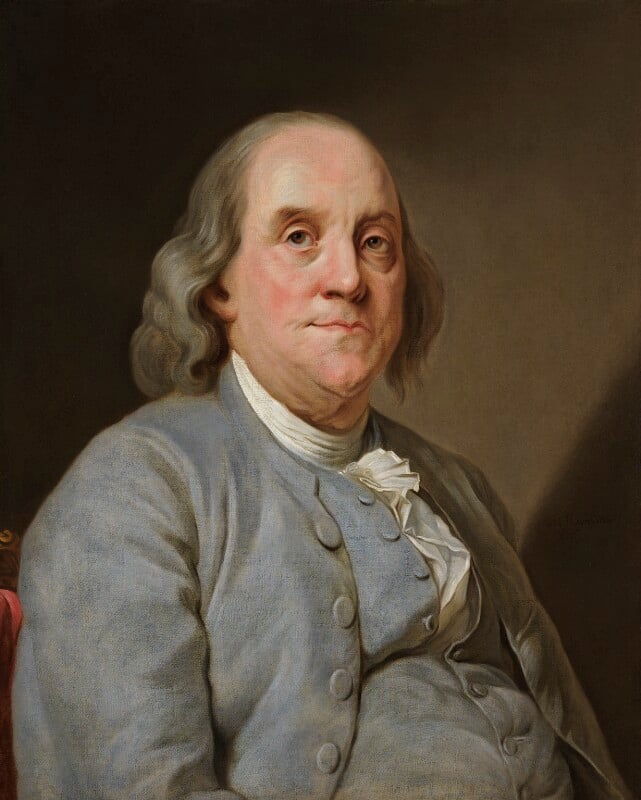 One of many derivations from the pastel by Duplessis in the New York Public Library which is generally dated 1778 [1] (and which shows no chair back). A version in oils by Duplessis in the National Portrait Gallery, Washington (87.43), which once belonged to Franklin’s friend and neighbour in Paris, Mme. Brillon, includes the red chair back - which led Sellers to suggest that NPG 327 may once have been owned by her. [2]
The signature and date on NPG 327 defy interpretation; copyists of this type of Franklin portrait by Duplessis included Jean Valade, Alexandre Roslin, Marie Lavoisier [3] and François Baricolo [4] (to whom NPG 327 was once attributed). [5] Miniature versions include examples attributed to François Dumont [6] and Lorentz Sparrgren (Christie’s, 18 December 1990, lot 65).

Henri Stettiner, London, from whom purchased 1871.