2 of 5 portraits of John Hookham Frere 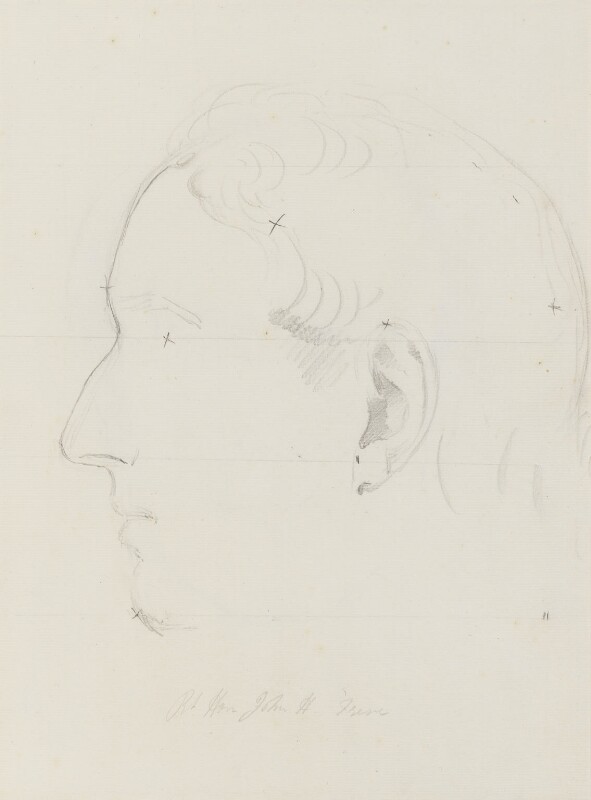 The bust was commissioned by Frere himself 22 February 1817 and finished 12 July 1817 for 100 guineas (Sir Francis Chantrey’s Ledgers of Accounts (British Library) p 10); the plaster model (not in the Ashmolean Museum) was exhibited RA 1817 (1052), and the marble, dated 1817, stood in the dining-room of Holland House: 'Let me thank you on my own part and that of my bust, for the honorable position which you have assigned to it. For in spite of a great deal of natural homely leaven inherent in my character, I have always had a great fancy for good company, more especially in a dining room, the very post to which you have promoted me ...' (letter to Lord Holland 1837, cit. Earl of Ilchester, The Home of the Hollands, 1937, p 257). Another marble bust, incised: CHANTREY/Sculptor/1818, was acquired by the National Gallery of Canada in 1975; another was commissioned in 1818 and finished in 1819 (Sir Francis Chantrey’s Ledgers of Accounts (RA) p 49).