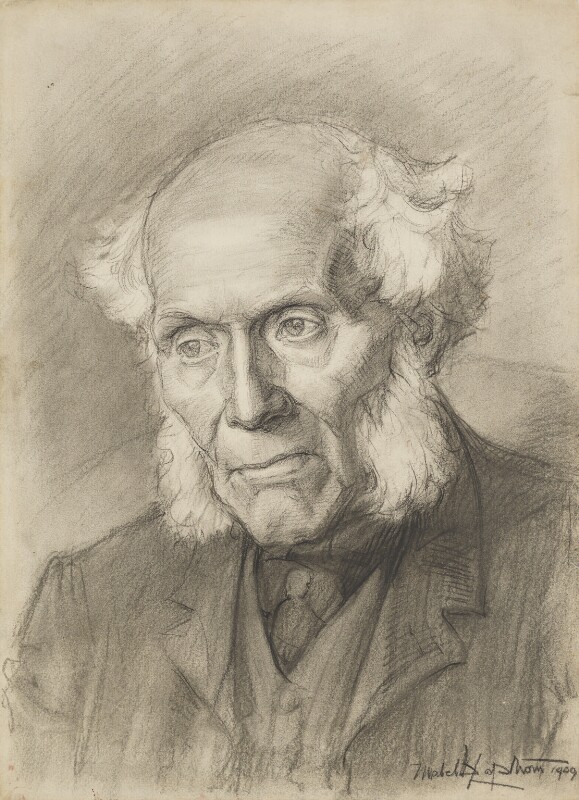 Drawn in the last months of the sitter’s life, when he was 90 years old, this portrait conveys not just his age but also what has been described as ‘the greyness of the artist’s Edwardian years’,[1] when his once-impressive status and reputation had dwindled as his artistic style and subjects were eclipsed by new movements and tastes. He had ceased to exhibit in 1902, but continued to paint, and his last honour was the award of the Royal Victorian Order in 1908.

Very little is known of the artist, Mabel Dickenson Lapthorn, who was living in Marylebone and aged about 20 when she drew Frith.[2] Known for watercolours and illustration, she exhibited from 1913 to 1926. According to her sister, Lapthorn’s ‘greatest interest was movement, actual and potential. She said a portrait should suggest a whole life, its beginnings and the height it could attain.’[3]

Taken together, the National Portrait Gallery’s three portraits of Frith show him at all phases of his life: in youth, middle and old age.

Head-and-shoulders, looking down towards left.