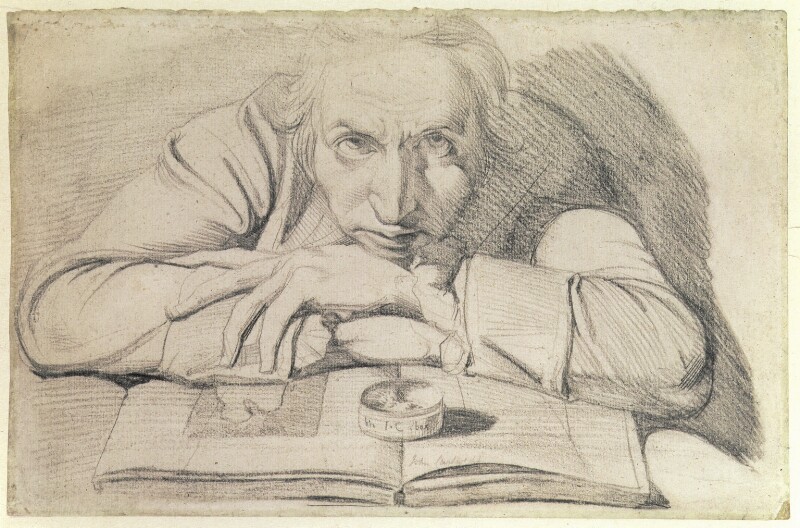 A box in front inscribed: his I. C. box, and below in another hand: John Cartwright.

On the basis of the inscriptions the drawing was originally identified as a portrait by Fuseli of his friend John Cartwright, a minor painter. The words John Cartwright are however not in Fuseli's hand and seem to be a later addition. Before it was sold at Sotheby's in March 1967 Peter Powell and David Piper identified it as a self-portrait by Fuseli on comparison with other known portraits and self-portraits including the two in the V & A Museum.
When Fuseli returned from Rome in 1779 he shared John Cartwright's house at 100 St Martin's Lane and it seems probable that he drew the portrait there and gave it to Cartwright. This would explain the presence of Fuseli's host's initials on the box.
The drawing is a fine example of Fuseli's graphic work and with the self-portrait of James Jefferys (NPG 4669) a valuable addition to the Gallery's collection of drawings and portraits of the Romantic period.