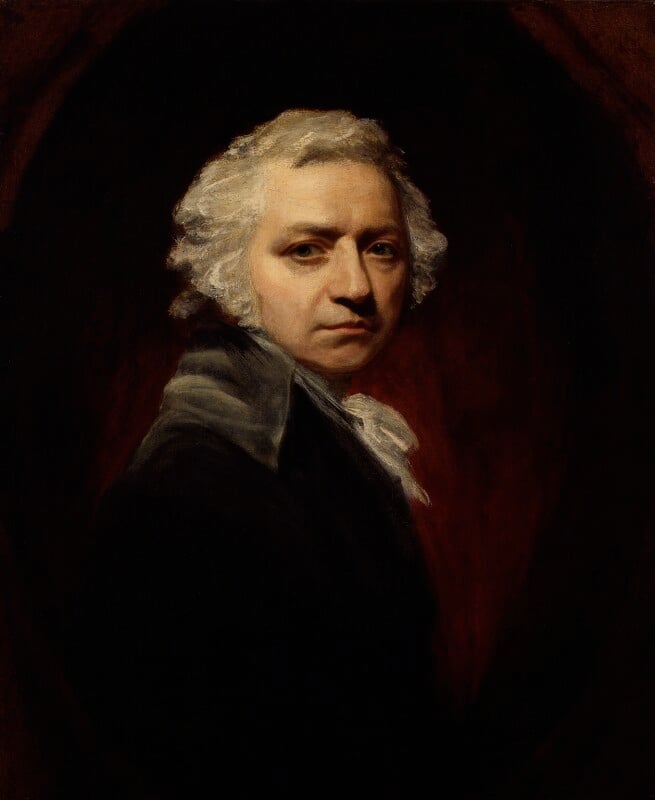 An old paper label stuck to back of canvas reads: Picture of Henry Fuseli Esq./Keeper of the Rl Academy/Painted by/John Opie Esqre R.A.

The portrait shows Fuseli aged about 50 and was probably painted in the early 1790s. It was exhibited RA 1794 and according to letters in the Gallery archive hung in Fuseli's drawing-room in Somerset House until his death in 1825. Mrs Fuseli died a few years later bequeathing it to her friend Harriet, second wife of the Rev Earl of Guilford, Rector of Alresford and St Mary's Southampton. At her death it was acquired by a kinswoman, Lady North, and thus to the NPG.

Fuseli himself, bequeathed by his widow to Lady Guilford who died 1874; Lady North who died 1884 and given by her widower and son, Colonel J. S. North MP and Lord North in 1885.