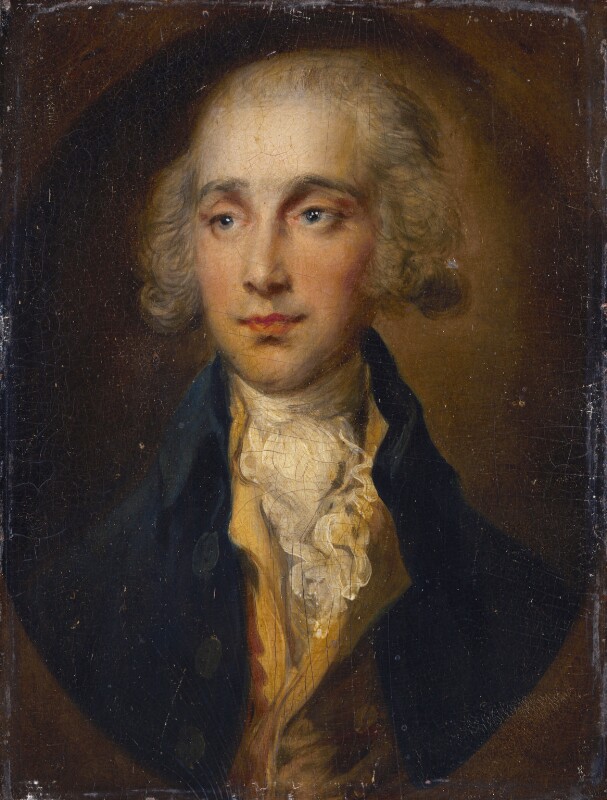 Received in 1892 as a self portrait by Gainsborough, and previously identified as Pitt by Reynolds or Sir J. Bassett by Gainsborough, [1] NPG 928 is a copy of the Gainsborough half length of Lauderdale, now in Stanford University. [2] A small oval version, attributable to Gainsborough Dupont, [3] the same size as NPG 928, belonged to Lady Hillingdon in 1936 [4] and there is a copy at Thirlestane.

Miss Clark;1 bought in Bath by Mackay; bought from Colnaghi by Lord Ronald Sutherland Gower 1879 and presented by him 1892.2

1 G. W. Fulcher, Life of Thomas Gainsborough, 1856, p 205: His own portrait’ belonging to Miss Clark ‘The size of a large miniature'; she appears to have owned several paintings by Gainsborough in the 1850s and 1860s, see M. Davies, National Gallery Catalogues, The British School, 1946, p 183.
2 Provenance from an old label verso: Portrait of T Gainsborough by himself mentioned in Fulcher’s Life of the artist as size of a large miniature belonging to Miss Clarke Bought by me at Colnaghi’s May 1879 from Mr McKay who had purchased it at Bath/Ronald Gower. See R. S. Gower, Bric à Brac, 1888, p 70.