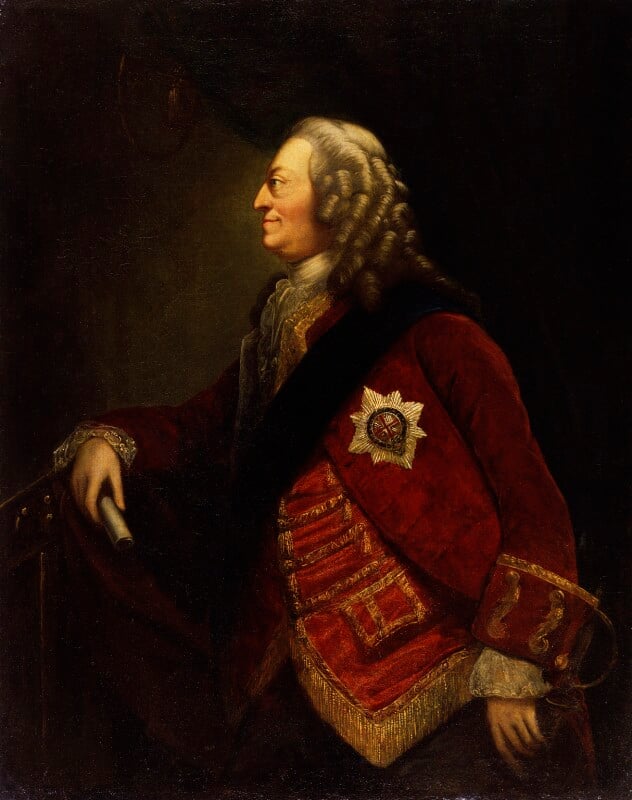 The type, with some differences in dress, was etched by the artist, half length, signed and dated 1753 (F. O'Donoghue and Sir Henry M. Hake, Catalogue of Engraved British Portraits ... in the British Museum, 1908-25, 48). The handling of NPG 256, however, lacks the comparative crispness of the artist's few known portraits likely to have been painted from life, as for example William King, [1] at Oriel College, Oxford. The portrait is probably not ad vivum but not necessarily a copy. There is no evidence that Worlidge was given sittings and the likelihood is that he was not. No other life size oil by him is known. A small and slightly different version on copper, a medium he is now known to have used, is in the Foundling Hospital, [2] source and date of acquisition unknown. It is lighter in colour than NPG 256 and approximately of the same design and size as Houston's mezzotint from which it may well derive.

Worn; discoloured and perished varnish; possible pentimenti or later alterations in the right arm and in the coat jacket; surface cleaned and revarnished, 1892 and 1939.