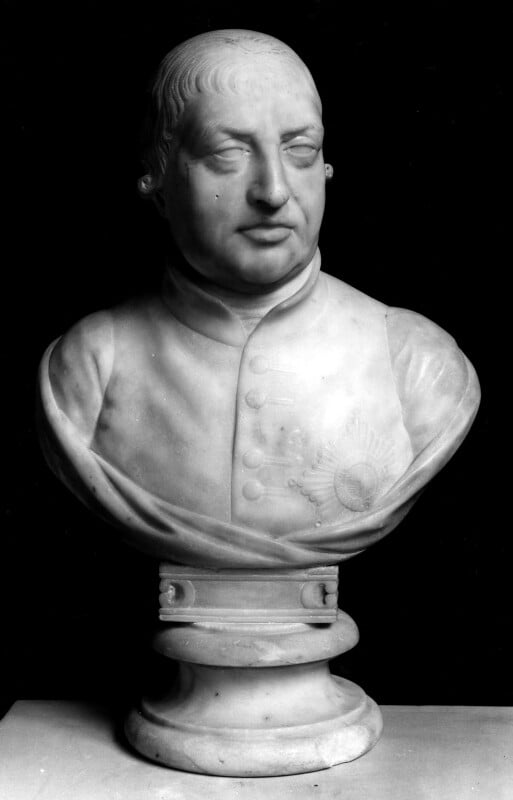 Incised at back of base: P. Turnerelli/Fecit 1809.

An example of the Jubilee bust, marking the fiftieth anniversary of the King’s accession. Turnerelli, sculptor in ordinary to the Royal Family since 1801, received sittings from the King in 1809 and exhibited the original bust at the RA 1810 (883); Benjamin West had recommended contemporary dress ‘as it appeared to him an erroneous idea, to dress every bust in the habit of a Roman senator’. [1] According to the European Magazine it was ‘universally admired’ and Turnerelli ‘had nearly eighty copies to execute in marble, for the nobility and several of the principal corporate bodies of the empire, seven of which were expressly ordered by the Royal Family’. [2] A small model ‘of the National Bust’ was shown at the RA 1812 (908) and dated examples include those at Lancaster House (1810; GAC 2673), Frogmore and the City Art Centre, Edinburgh (1812), Penicuik (1813), Apsley House (1814), and the Huntington Library, San Marino, Calif. (1815); an undated bust is in the Victoria and Albert Museum (A.62.1965).