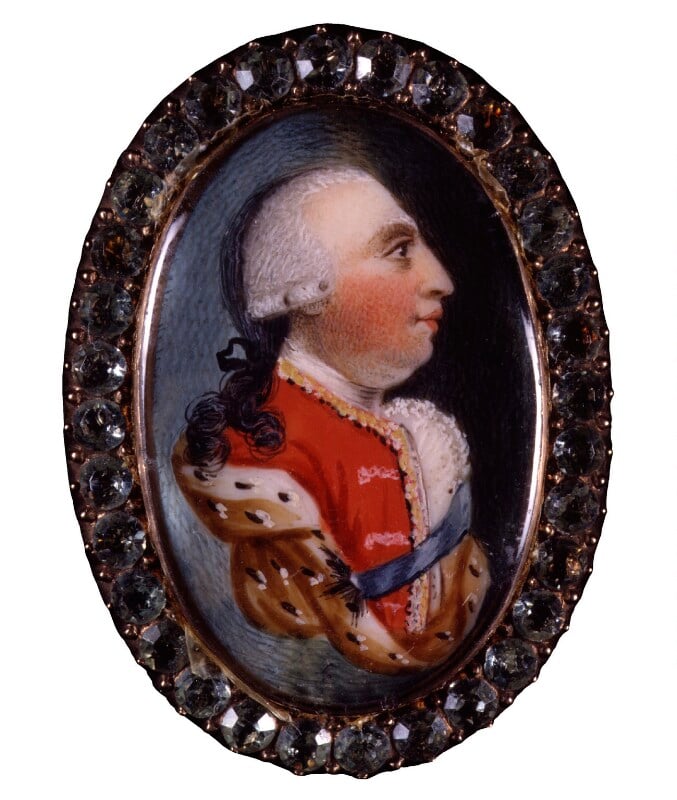 The inscribed case may imply NPG 6288 was produced for the 1809 Jubilee, but it has somewhat the air of a caricature and ultimately derives from such accessible sources as the Wedgwood medallion of 1776 or the medal by J. G. Hancock of 1801. A comparable bust appears in an unattributed miniature in the Draper Gift, Kenwood. [1]

Dark eyes, white powdered wig, improbably giving way to a black queue; red cloak trimmed with ermine and gold, with the blue ribbon of the Garter.

Hon Frederic H. A. Wallop (d. 1953), by whom lent to the Victoria and Albert Museum; his nephew Alan Evans, by whom bequeathed to the National Gallery 1974; lent to the NPG until permanently transferred in 1994.