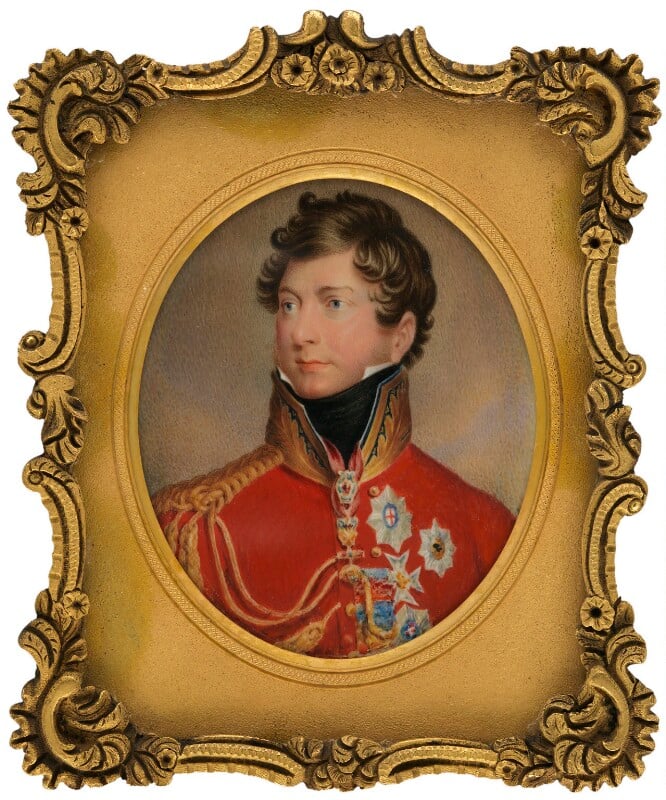 Label on back of frame: Paul Fischer/181- (last numeral obscured).

The miniature is a glamourised copy of the head in Lawrence's whole-length portrait painted in 1814-15 for Lord Londonderry. Fischer was born in Hanover, came to England in 1810 and from 1817 lived in Pimlico. He doubtless saw Lawrence's portrait at the RA in 1815, or one of the many versions in Lawrence's studio. In spite of Moore's cut about Lawrence's Adonis, the portrait was popular among miniature copyists and many versions exist in both miniature and enamel by Bone, Doe, Essex, Raven and others; one by an unidentified artist was at Sotheby's 28 February 1972 (46). A fine enamel copy by Henry Bone was in the 'Queen Mary's Art Treasures' exhibition, V&A Museum 1954; others were at Sotheby's 8 December 1982 (254) dated 1814 and at Christie's 28 June 1966 (242 and 243) dated 1815 and 1821.