2 of 872 portraits matching these criteria: 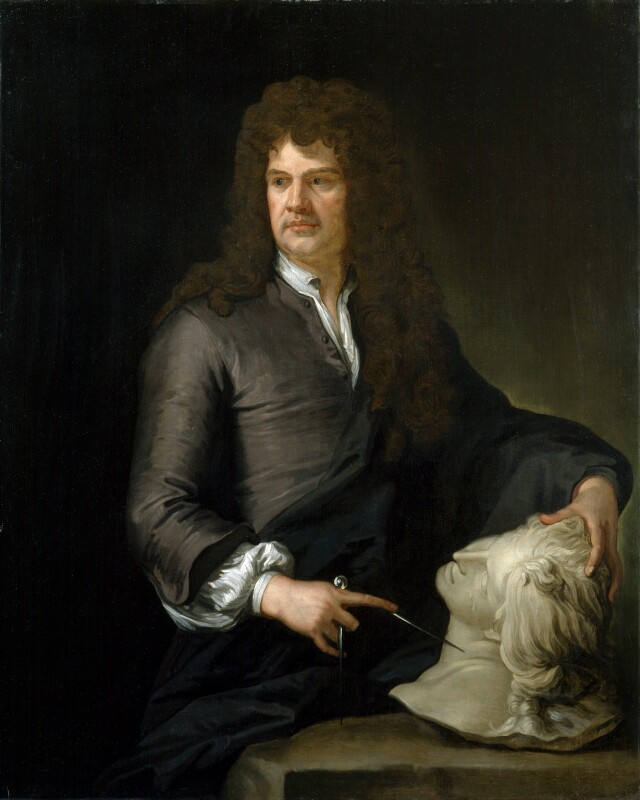 The bust is a cast of Bernini’s Proserpina (from the Pluto and Proserpina in the Galleria Borghese). [1] Stewart proposed the portrait contained a classical allegory of wisdom controlling the senses, the sculptor’s firm hold of the bust and his compasses subduing Proserpina, goddess of the senses. [2]
NPG 2925 is a copy, perhaps from the later 18th century, of the celebrated original from the Walpole collection (where considered by Horace Walpole ‘a Master-piece, and equal to any of Vandyke’s’ [3]), now in the Hermitage (1346). [4] Two of Kneller’s preliminary drawings are in a private collection. [5] A good early copy from Serlby Hall was sold Christie’s, 23 November 1979, lot 150, [6] and a reduced, reversed, version by George Clint is at Petworth. [7]

The Earls of Aylesford, Packington Hall;1 sold Christie’s, 23 July 1937, lot 65 as Lely, Portrait of a Sculptor, bought Leggatt, from whom purchased September 1937.