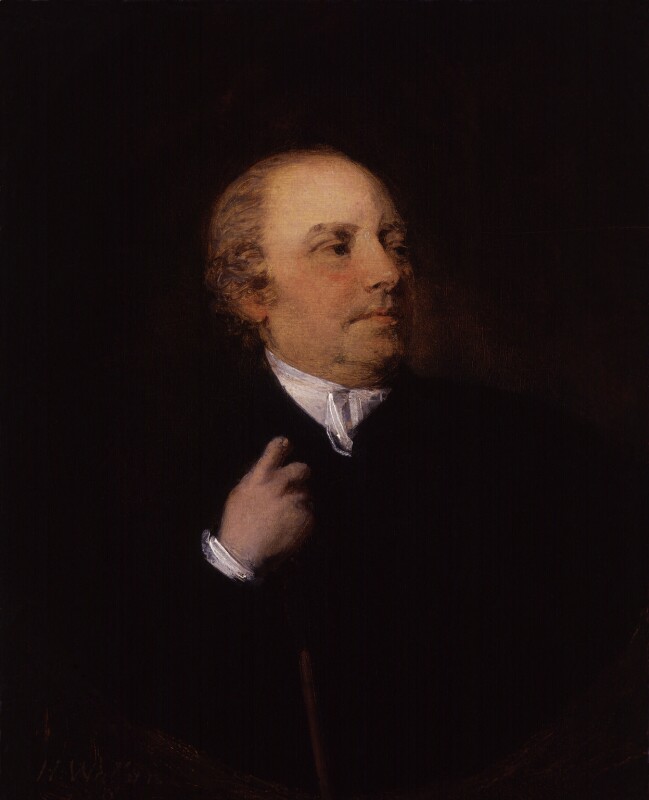 When Clint’s mezzotint was published in 1805, the Monthly Magazine declared that it gave ‘a very strong resemblance to the original, as the countenance is animated, and the general effect interesting; considered as a whole, it is a very well engraved mezzotinto’. [1] A miniature copy by William Sherlock, dated 1783 or 1785, [2] remains with the sitter’s descendants, and several miniature copies were made for the family by Mrs R. G. Benson (20th century); [3] a full-size copy is in Tullie House, Carlisle. [4]
Evelyn Bell [5] suggested that NPG 4418 is a smaller version of a ‘larger portrait’ engraved by Clint, [6] now lost, but sharing the same provenance up to E. F. Benson; but Clint’s figure appears identical with that in NPG 4418.