26 of 872 portraits matching these criteria: 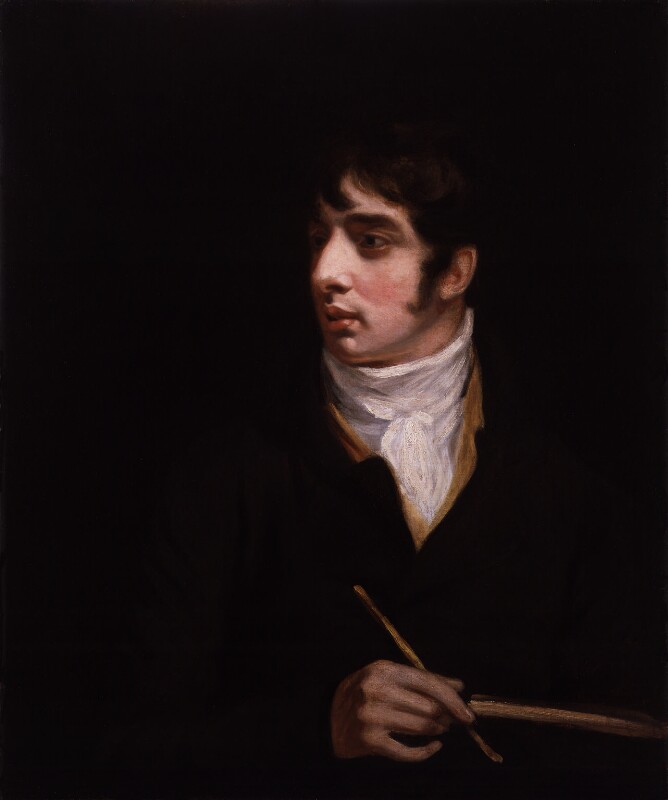 Earland lists six versions of this portrait (collections of T. Girtin, NPG, Barnard, Colnaghi, Parsons and Richardson). The originals are probably the sketch of the head only in a private collection (reproduced in Thomas Girtin and David Loshak, The Art of Thomas Girtin, 1954, p 32) and the finished half-length still in the Girtin collection; this has been frequently exhibited and reproduced, for instance 'John Opie', Arts Council, 1962-3 (67), 'Thomas Girtin', Whitworth Art Gallery and V&A Museum, 1975 (plate 1). According to family tradition it was painted in 1800 (Tom Girtin, 'A Family Collection' in Apollo, April 1962, p 131). Rogers records seeing the NPG version at William Cox's Pall Mall Gallery in 1878 (Rogers, Supplement, p 235). The Barnard version was bequeathed to the Ashmolean Museum in 1934. The Colnaghi, Parsons and Richardson versions are unlocated at present. A small rough copy, possibly by another hand, is in the National Gallery of Ireland (878).
The mezzotint of this portrait is one of S. W. Reynolds's most striking prints, lettered as: Portrait of the late extraordinary Artist, Thomas Girtin, dedicated to Sir Geo. Beaumont and published by his brother John Girtin in 1817 (Alfred Whitman, S. W. Reynolds, 1903, 114). It gives full value to Opie's use of chiaroscuro.