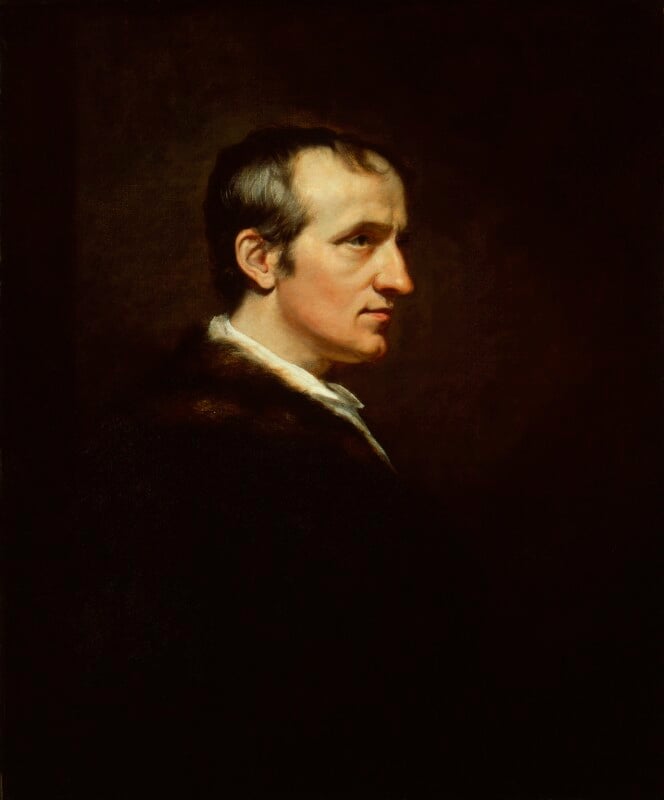 Signed and dated lower right: James Northcote pinx./1802 and repeated on back of stretcher.

Godwin's diary records sittings to Northcote 10 July 1801 and 12 May 1802. James Northcote's list of paintings lists it under the year 1802, 'A head of Godwin/paid for on March 15th Ten pounds'. Dawe worked on his mezzotint during the summer of 1802 and thereafter the portrait probably hung in Godwin's house in Gower Place until it was inherited by his son-in-law Sir Percy Shelley.