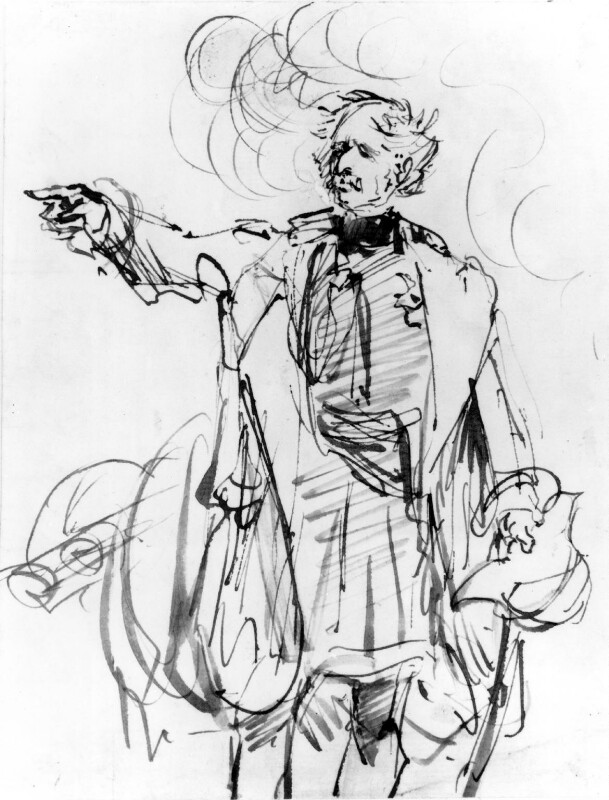 Almost certainly a sketch after, rather than a study for, Grant's full-length oil portrait of Gough, listed in his 'Sitters Book' (copy of original MS, NPG archives), under 1853, exhibited RA, 1854 (74) as painted for officers of the Bengal artillery, presumably the portrait owned now by the Royal Artillery, Woolwich, exhibited Dublin Exhibition, 1872, 'Portraits' (253), engraved by C. R. Saunders (example in NPG). It shows him in a uniform he wore on his campaigns in India. This or another version is in the United Service Club, London. The NPG drawing follows the finished picture rather than the earlier oil study in the collection of Admiral Barrington Brooke, in which Gough's right arm is shown lower, holding a white hat. Grant was in the habit of making sketches of his finished portraits from recollection. The drawing of Lord Clyde (NPG 619), which was given to the 2nd Viscount Hardinge by the artist, is another example. Lord Hardinge, chairman for some years of the NPG trustees, and his father were both close friends of Grant.

The artist; presented by the 2nd Viscount Hardinge, 1888.