1 of 27 portraits of Augustus Henry FitzRoy, 3rd Duke of Grafton 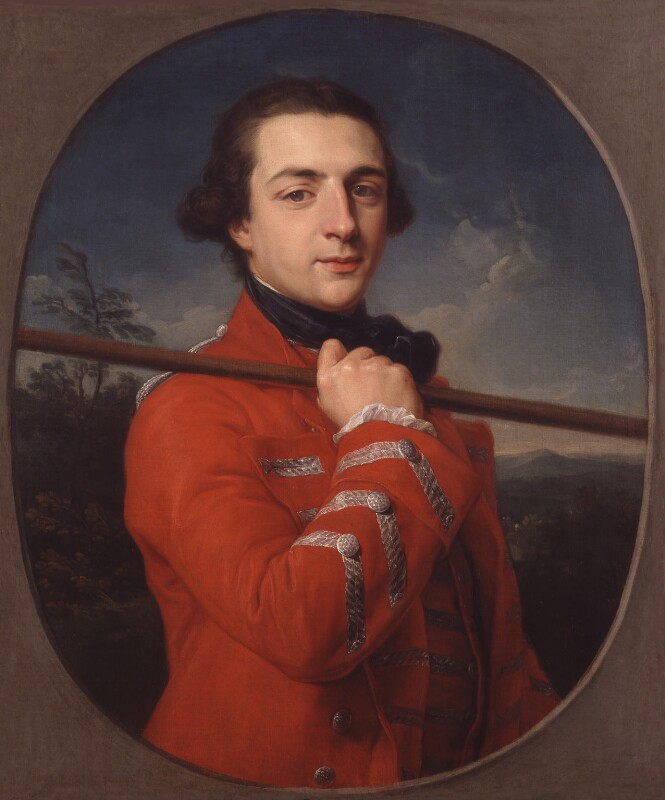 Grafton was in Italy for a second time in 1761-62 accompanied by his Duchess; they travelled allegedly for the sake of her health, but the motif was more probably an attempt to retrieve a floundering marriage. They were in Rome from 1 February to 11 April 1762 when NPG 4899 was painted. In Turin the Duke had been privileged to wear the royal hunting uniform; here he wears that of the Suffolk militia. [1]
A version at Euston Hall, using the same face mask and scarf, attributed by Clark to the ‘Maron hand’, shows Grafton holding a halberd, his left hand on his right wrist. [2]

Blue eyes, dark hair, wearing the red coat with silver trim of the western batallion of the Suffolk Militia and holding a spontoon over his right shoulder.