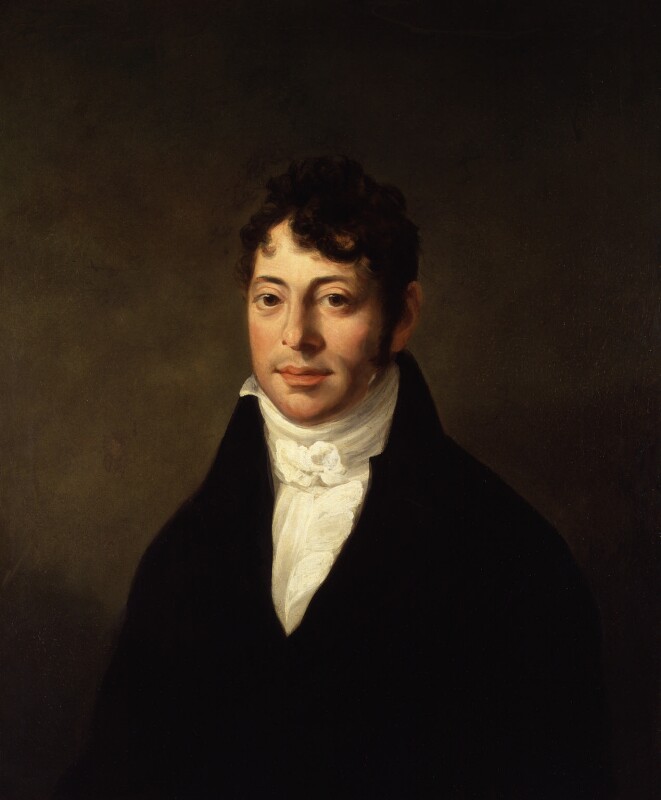 The picture was among a group of portraits of actors left with Haines & Sons, the firm of picture restorers, in about 1850. The owner, called Nugent, was never heard of again and at the death of Haines senior in 1889 it was offered to the NPG together with portraits of Kean as 'Richard III', Miss Pope, Mrs Siddons by Harlow, and Mrs Robinson. Grimaldi was accepted, the remainder sent to auction by Mr Haines's executors (letters from F. H. Haines in NPG archive).
The portrait shows Joey at the age of 29 during the golden age of pantomime and shortly after the historic first season at Covent Garden of Mother Goose, Dibdin's harlequinade which had frequently been rejected before but has been performed almost continuously ever since. Mother Goose made Grimaldi's name as a clown, of which echoes can be traced in Cawse's rather sober portrait.
A coloured drawing by De Wilde in the Garrick Club (63B) was etched and published 14 February 1807 at about the same time as Cawse's oil. It became one of the most popular prints of the day and shows Grimaldi as Clown holding the noose and the letter, 'Sir, I’ll just trouble you with a line', a joke which delighted the then Lord Chancellor, Lord Eldon, who is said to have seen Grimaldi in Mother Goose eleven times.

Nugent; Haines, inherited by his son F. H. Haines and sold by him to the NPG 1889; on loan to Sadlers Wells Theatre since 1971.

Small oval stipple of the head only, undated and unknown engraver.