9 of 24 portraits matching these criteria: 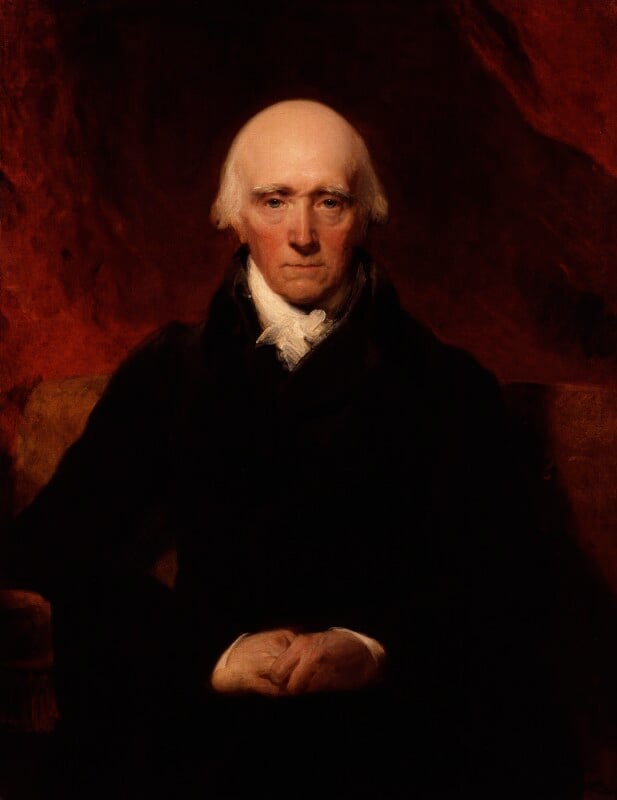 Although Hastings was rather small and at the time of this portrait ‘his life was in the sere,’ Lawrence ‘often spoke in admiration of the severity of dignity and grandeur in his appearance’; his expression used to be, ‘What a fine lion-like repose there is about him!’ [1] A modern copy by W. B. Morris is in the Oriental Club, London.

Blue eyes, white hair, wearing a black suit; a red drape behind him.