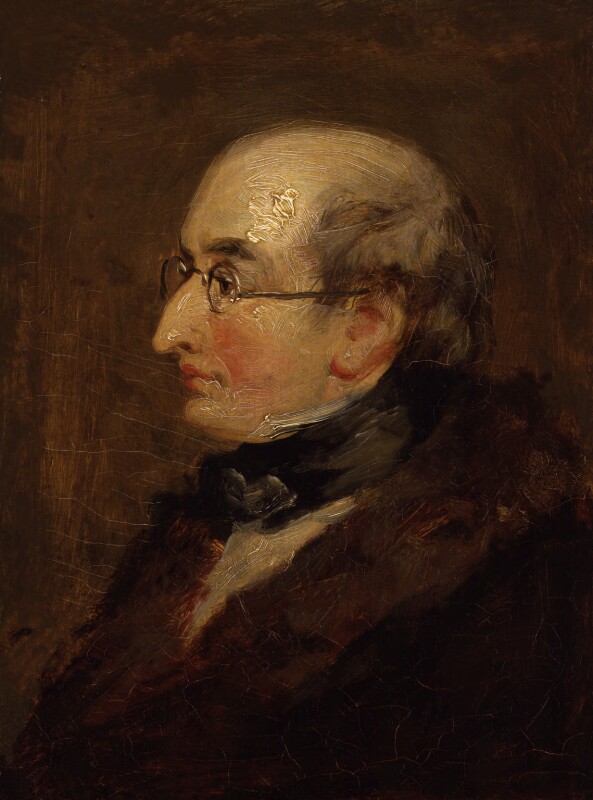 Signed in ink on verso: B.R. Haydon.
A label written in ink: Haydon artist ipse from the late Mr French's collection Windsor was formerly stuck to the back and transferred to registered packet in 1868.

The portrait was offered to the NPG in April 1863 by H. L. Nightingale and declined (sketch in Sir George Scharf’s Trustees Sketchbooks, VIII, 2); an ink profile drawing of the head only (with a more domed skull and pronounced chin), inscribed: B R Haydon 1846 – Edinburgh, was offered in May 1863 (Sir George Scharf’s Trustees Sketchbooks, VIII, 6). It does not appear in the Diary but his age is about 60. Lawrence Gowing, British Self Portraits catalogue, 1962, describes it as 'curiously pinched and shrunk in contrast to earlier portraits by himself and other artists, which tend to considerable flamboyance; painted probably late in his career'. Haydon hated portraits and perhaps this one not the least: 'In portrait I lose that divine feeling of inspiration … I feel as a common man; think as a common man; execute as the very commonest' (Diary, 6 October 1824).