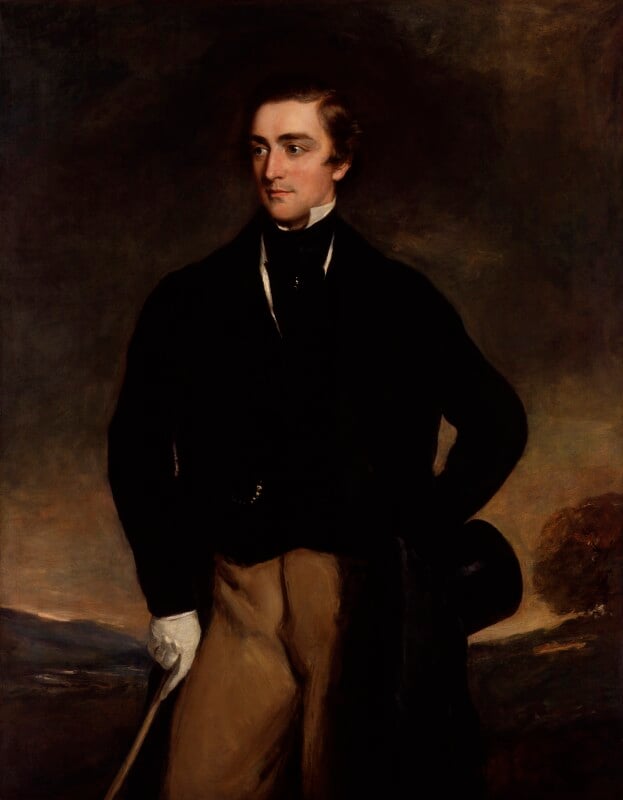 Despite the fact that Lady Herbert referred to this picture as a replica of the portrait at Wilton (memorandum of October 1896, NPG archives), it is clear that the NPG picture is the original, and that the picture now at Wilton is the replica; this was confirmed by the late Earl of Pembroke. The NPG portrait was engraved by G. R. Ward, published P. and D. Colnaghi, 1847 (example in NPG). A posthumous portrait of Herbert by Grant is also at Wilton, inherited by Lady Herbert's grandson, Sir Sidney Herbert; correspondence relating to it is in the Wilton archives. In this latter portrait, clothes and setting are different (Herbert is shown in his study, for example), but the head, in pose and features, is almost identical to that in the NPG portrait.

The sitter, presented by his son, the 14th Earl of Pembroke, in accordance with the wishes of his mother, Elizabeth, Lady Herbert of Lea, 1912.