12 of 108 portraits by Henry William Pickersgill 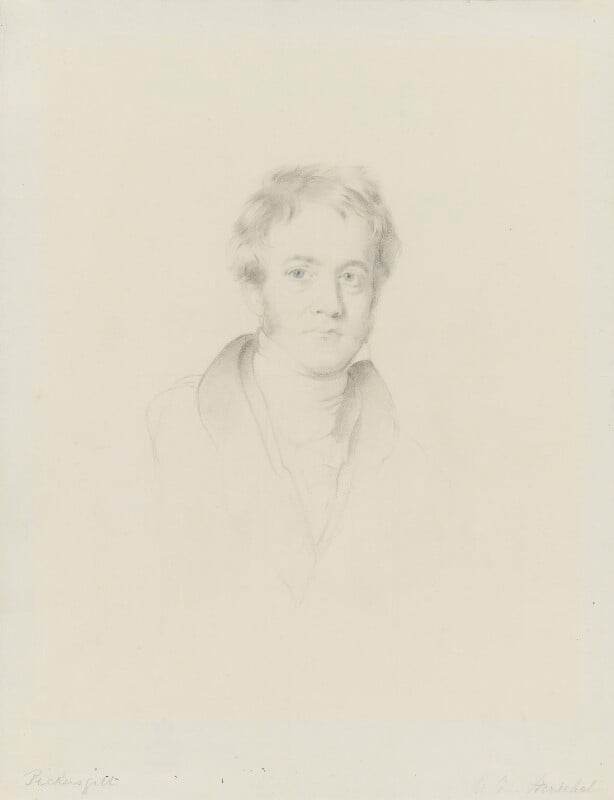 The head in this drawing is identical in detail and size with that in the engraving by W. Ward, published 1835 (example in British Museum), after Pickersgill's portrait of Herschel at St John's College, Cambridge. The drawing was probably executed by Pickersgill to help Ward with his engraving, which explains its tight technique and the faint grid-lines visible across its surface. It is not a preliminary study for the oil portrait. The St John's College portrait was exhibited VE, 1892 (239), and was also engraved by J. Cook, published 1845, and by G. Gabrielli, published 1875 (examples in NPG), the latter for the 'Eton Portrait Gallery'.

Messrs Leggatt and Sons, purchased from them, 1904.