1 of 21 portraits of Thomas Hobbes 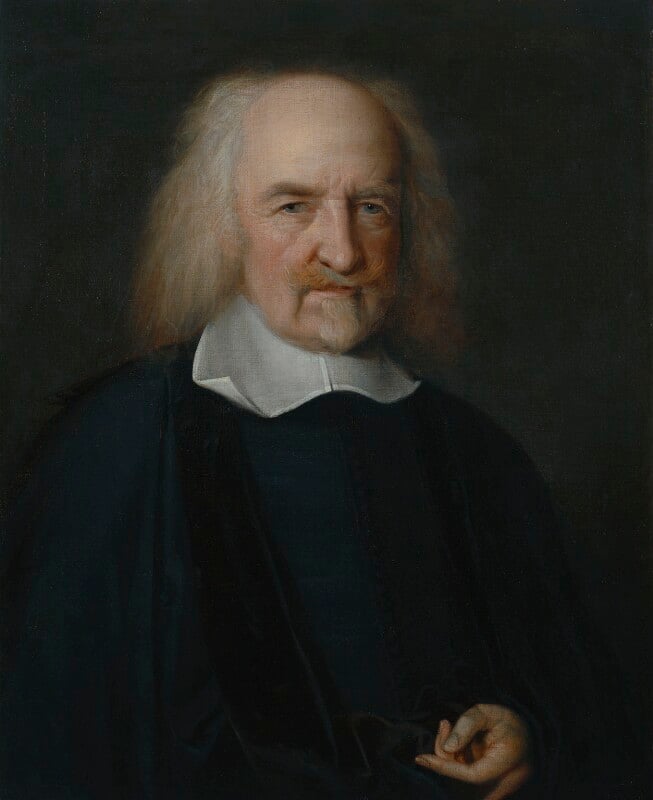 The best portrait of Hobbes (the Cooper miniature described below being incomplete), dated from the inscription on the Buccleuch portrait (see below); versions include:

Hertford College, Oxford; two versions, one a copy by Alex Austen 1891 ‘from picture by Michael Wright 1669’ (Mrs R. L. Poole, Catalogue of Portraits in the possession of the University, Colleges, City and County of Oxford, III, pp 271-2, nos.3 & 4)

Relined; conserved 1969 and 1982 when the size was reduced (cf. NPG 106) following the removal of additions which had been made all round; some blanching and drying craquelure.

Presented by Sir Walter Calverley Trevelyan 1866 (immediately after the 1866 exhibition).