10 of 50 portraits matching these criteria: 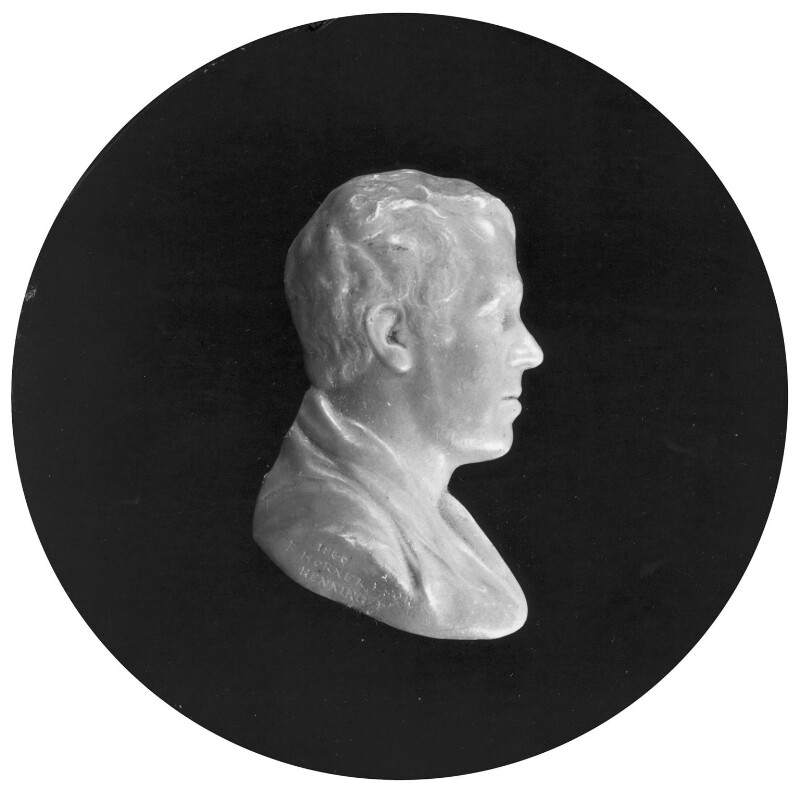 The drawing and wax medallion are closely related, presumably the drawing being made first. Horner contributed four articles to the first number of The Edinburgh Review, November 1802, and the following year Francis Jeffrey wrote 'all the reviewers are getting our heads modelled by Henning and propose to send him to London to complete the series by the addition of your vast eyebrows' (Cockburn, Life of Jeffrey, 1852, II, p 86). Jeffrey's own wax by Henning was done in 1801, Sydney Smith's in 1802 (Holland House), and Scott's and Brougham's probably in 1802. Copies of all four are in the Scottish NPG. Henning's drawing was probably done at about this time though the wax is dated 1806 and he presumably came to London for the purpose. Henning worked for both Tassie and Wedgwood and Tassie's biographer says that 'in many cases ... Henning's medallions were executed from pencil drawings of his sitters and not modelled directly from life' (J. M. Gray, James and William Tassie, 1894, p 69). This is confirmed by a letter from Henning to Lord Minto, 18 June 1806 - 'I still retain the original Drawing of Mr Horner's Head having made four Copies from it ...' (John Malden, John Henning: a very ingenious Modeller, Paisley, 1977, item 1). Another wax copy, also dated 1806, was at Holland House (Holland House Catalogue, 239). Brougham, Horner and Sydney Smith, but not Jeffrey and Scott, were among a list of 'medallion portraits done from life' sent by Henning to Wedgwood in 1813, adding that he charged from 7 to 10 guineas for a wax portrait (Rupert Gunnis, Dictionary of British Sculptors 1660-1851, 1953, 197).

Bequeathed by the sitter's great-nephew Captain Francis Horner Lyell and offered through his son Henry Guise Lyell in 1934 together with Henning's drawing NPG 2677.