3 of 11 portraits of Leigh Hunt 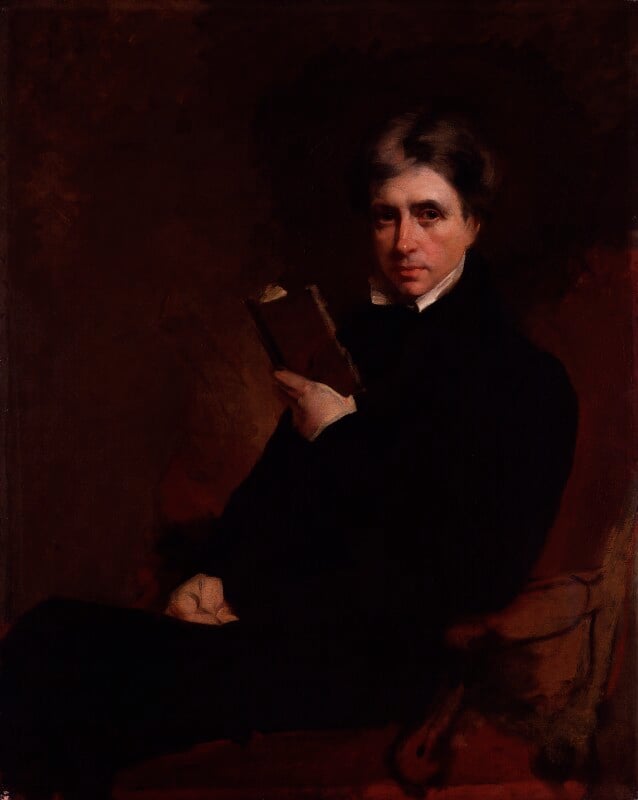 Samuel Laurence married Anastasia Gliddon, a cousin of Leigh Hunt adopted as a sister by Thornton Hunt. They knew each other for a long time and though the portrait is traditionally dated 1837 it would seem from his apparent age to be earlier. It was thought by both Thornton and Walter Hunt (son and grandson) to be 'by far the best existing portrait' (Autobiography of Leigh Hunt, 2 vols., ed. Roger Ingpen, 1903, p 272). Lot 168 in the Laurence studio sale at Puttick's 12 June 1884, 'Leight Hunt, finished picture, and 2 studies', is accompanied in the NPG copy of the catalogue, annotated by Scharf, by a letter from Essie Laurence to Mr Stephens 27 June 1884 thanking him for his trouble and saying that the Leigh Hunt among other portraits remained unsold. Presumably they remained in the family thereafter. A study (possibly one of the unsold ones) was reproduced in R. B. Johnson's Essays and Poems of Leigh Hunt, 1891.

The artist and unsold in the sale of his effects at Puttick & Simpson 12 June 1884 (168); lent by his daughter to the Exhibition of the Royal House of Guelph, New Gallery, 1891, presumably acquired shortly afterwards by Walter Leigh Hunt and given to the NPG by the poet's great-grandson's widow, Mrs Leigh Hunt, in 1931.