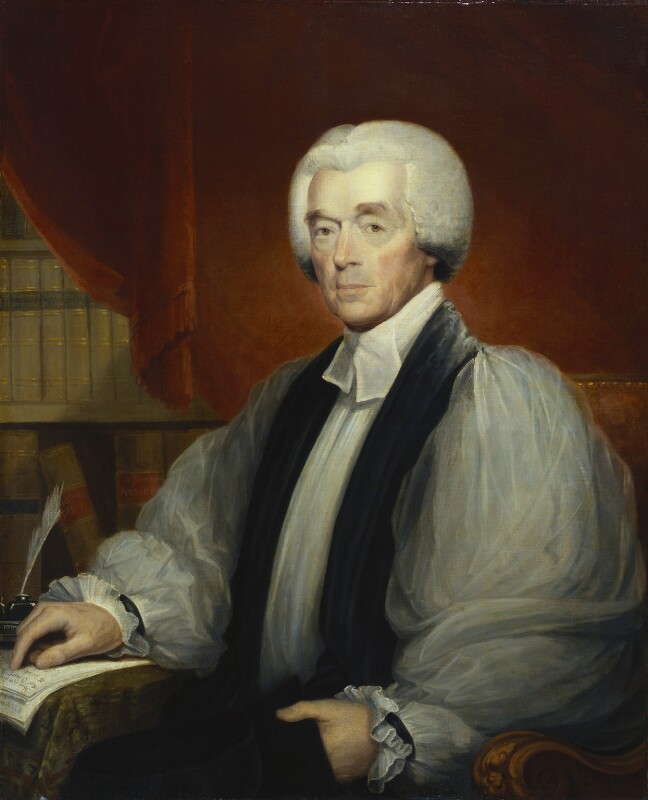 Charles Inglis spent much of his working life in America but his loyalty to the British Crown during the War of Independence earned him inclusion in the Act of Attainder and both he and his wife were declared guilty of high treason and banished on pain of death. They emigrated to Nova Scotia, Inglis being appointed the first Protestant Bishop of a British colony in 1787 and in 1809 becoming a Member of Council. Robert Field trained in London at the Royal Academy and also worked in America but because of growing nationalism moved to Nova Scotia in 1808 where he soon settled into the more sophisticated environment. Miss Hoskins says that his understanding of the English grand manner is at its finest in the portrait of Bishop Inglis.

Given by his grandson Captain Thomas Cochran Inglis (Rifle Brigade) 1895.

A mezzotint and a small steel engraving are believed to exist but not in British Museum or NPG (letter in NPG archive).