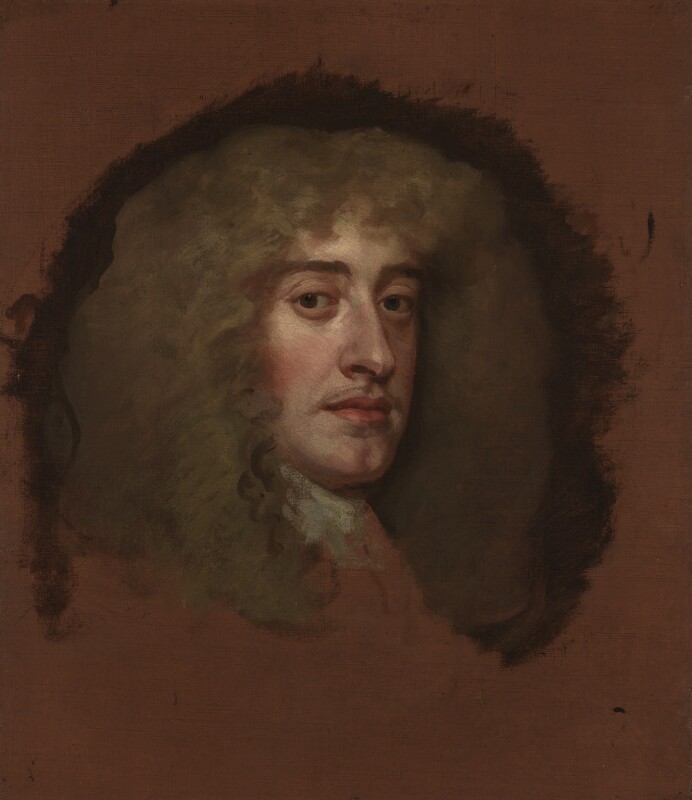 Cut from a larger canvas, NPG 5211 presents a remarkable demonstration of Lely’s technique. The head is painted from the life on a terracotta-toned ground. Usually Lely would stand ‘at his easel six feet from his window with the light falling over his left shoulder, the sitter also six feet from the light and from the painter’ [1] but, given the importance of the sitter, Millar has supposed NPG 5211 was painted in the Duke’s lodgings, and that it ‘represents perhaps all that would have been painted when the sitter was confronting the painter’. [2] Subsequently the overall design of the portrait would have been laid in for completion. [3]
Amongst works by Lely listed in the Royal Collection in 1688 were The King’s Head onely dead coloured and The King at halfe length.

1 Distinguished traveller and mountaineer; he and his wife began in the 1870s to collect what has been described as ‘a glorious jumble and confusion on every wall of their London home’ (H. Fisher, From a Tramp’s Wallet, 2001, pp 112-13).

On display in Room 8 at the National Portrait Gallery