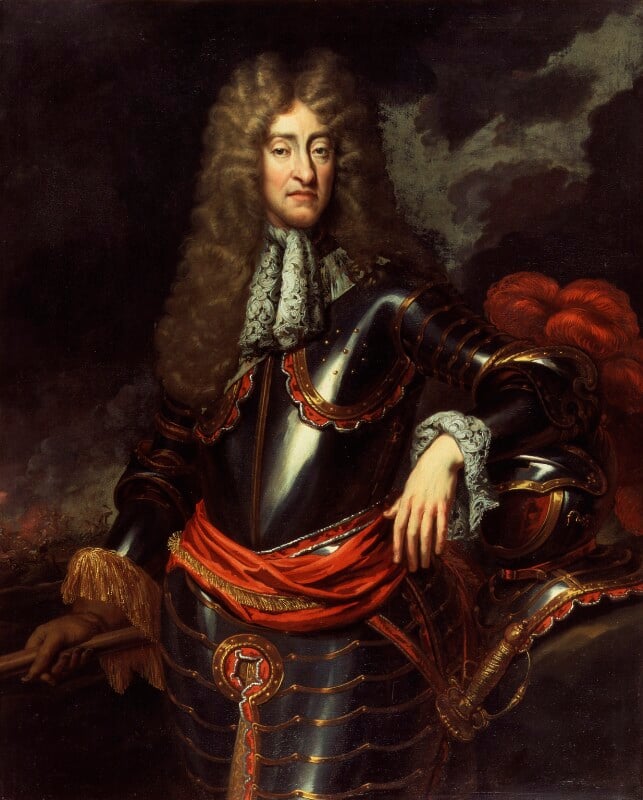 When received in 1873 it was attributed to Riley, whose style it does not resemble; in 1939 it was considered to be probably painted by a French artist in the 1690s. [1] The apparent age of the sitter supports this theory.

1) As proposed by messrs. Hake, Adams, Steegman, Serpell and Waterhouse in February 1939 but, as Catharine MacLeod has pointed out, the canvas size is English.

Henry George, Kensington, 1858 as Prince Eugene by Kneller, and 1863 as James II by ‘Vander­werte’; bought at Christie’s by Lord Orford who transferred it to Colnaghi; sold in 1871 to F. O. White, London, who sold it at Phillips, where bought Colnaghi, from whom purchased March 1873.1

1 This provenance is described in correspondence preserved in the picture file.