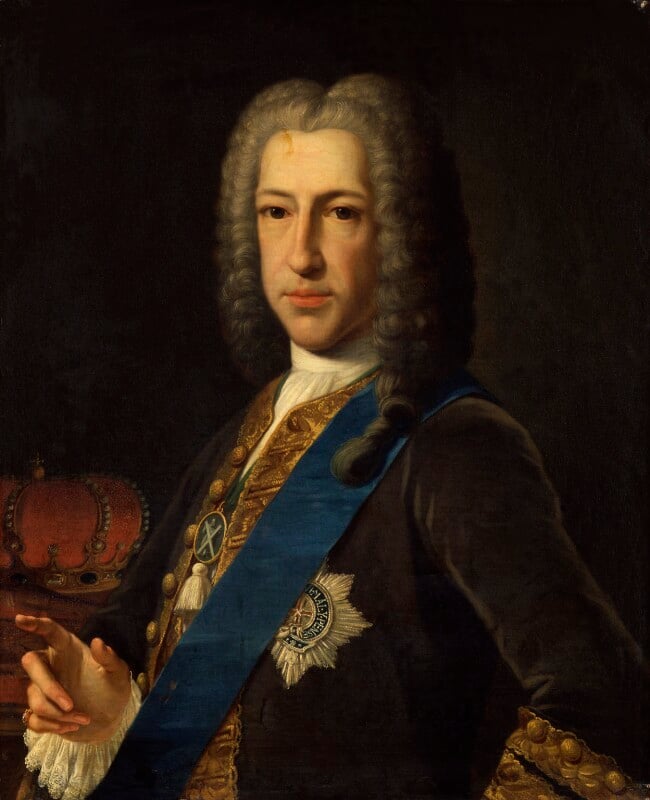 Attributed, on acquisition, to Anton Raphael Mengs. As a type, NPG 433 relates to the portrait by Benedetto Luti, at one time ascribed to Mengs, examples of which are at Gosford House (707), in the Scottish NPG (305) and, whole length, at Alloa House, in the collection of the Earl of Mar and Kellie. The last, in which the sitter is aged 57, is inscribed Giacomo III RE DELLA GRAN BRETANIA DETTO IL PRETENDENTE D'ANNI. 57. CMS: F 1745; it is also indistinctly signed AR(?). NPG 433 is perhaps a copy or adaptation by Duprà of one of his own earlier portraits known to have been painted in the 1740s after the Gosford House design by Luti. [1]

Bought, 1876 from Alexander Fletcher of Nottingham Place, Regent's Park, together with Charles Edward Stuart (NPG 434) and Henry Benedict, Cardinal York (NPG 435), all attributed to Mengs; said by Fletcher to have been bought by him from Cardinal York's secretary, Count Malatesta, to whom they had been bequeathed by the Cardinal.